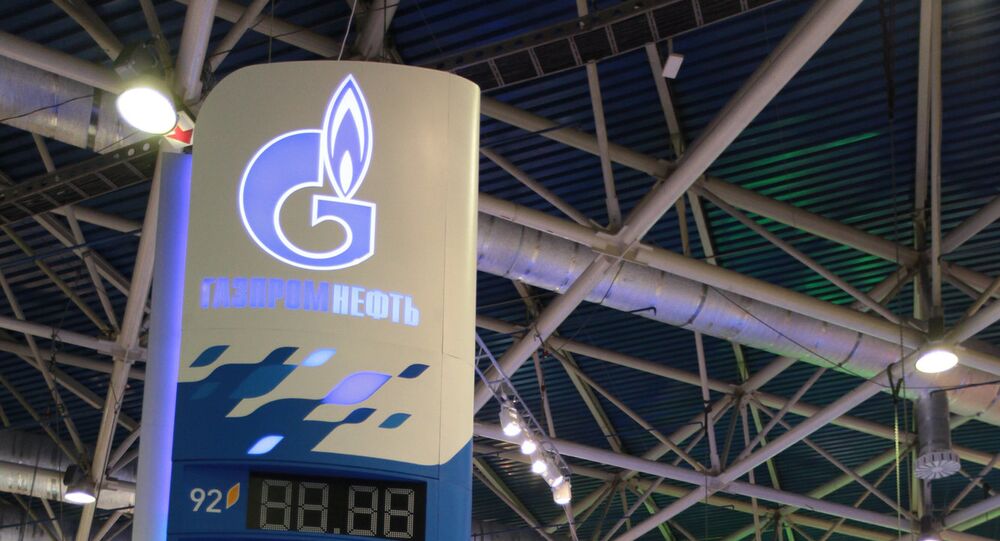 Russia's Gazprom Neft oil company said it received the first portion of Kirkuk grade oil from Iraq in compensation for its past investment in the Badra field development.

MOSCOW (Sputnik) — Russia’s Gazprom Neft oil company has received the first batch of the Iraqi Kirkuk grade oil in compensation for its investment in the Badra field development, the company said in a statement Thursday.

“500 thousand barrels (about 70 thousand tonnes) [77,150 tons] of oil was delivered in the first batch from SOMO (State Oil Marketing Company), the Iraq state corporation, in the Turkish port of Ceyhan. Gazprom Neft’s buyer is a large Asian company.”

The reserves in the Badra oil field are estimated at 3 billion barrels. A consortium of companies, including Russia’s Gazprom Neft, Turkey’s TPAO, South Korea’s KOGAS and Malaysia’s PETRONAS, won the contract put out for tender by the Iraqi government in 2009. Gazprom Neft holds a 30 percent share in the project.

© Sputnik / Grigoriy Sisoev
Russia’s Gazprom Neft Starts Commercial Oil Production at Iraq’s Badra Oilfield
Currently, oil is being extracted from three wells, and drilling of an additional three is underway. According to the contract, oil production in Badra could reach some 170,000 barrels daily.

In December, Gazprom Neft said the consortium had met the basic conditions for development of the Badra field, namely delivering over 15,000 barrels of oil a day into the main pipeline within 90 days of commissioning. Reaching such a stable production has enabled the companies to begin receiving compensations for their investments.

Gazprom Neft May Start Oil Trading in Iraq in Q2