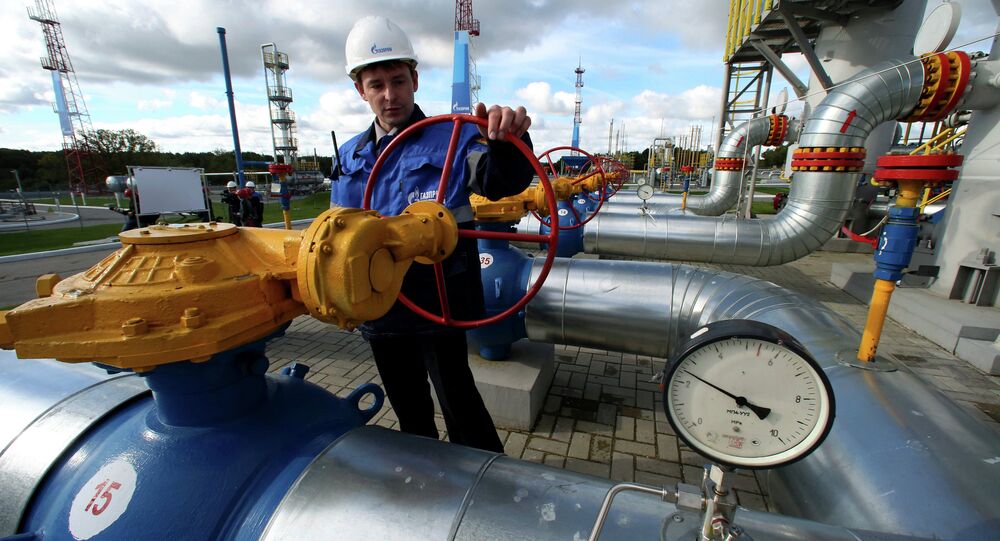 Hungary, Serbia, Macedonia, Greece and Turkey seek ways to diversify routes and channels of natural gas deliveries to Europe through Turkey, according to a declaration foreign ministers of the five countries signed in Budapest on Tuesday.

© AP Photo / Petr David Josek
Turkish Stream May Bring Energy Security to Europe – Senior Greek Official
The declaration paves the way for the five countries to participate in the project based on the so-called Turkish Stream gas pipeline, according to the Kommersant newspaper. The Russia daily added that Austria could also join the venture.

The Turkish Stream pipeline is an alternative to the South Stream, which Russia terminated in December 2014, citing Brussels' opposition to the project. The pipeline with an annual capacity of 63 billion cubic meters will deliver gas to Turkey via a gas hub on the Turkish-Greek border for further distribution to consumers in southern Europe.

The declaration reflects only political intent. The five countries and companies interested in the project will have to convene again on multiple occasions to discuss details of the venture. The next ministerial meeting is expected to take place in July but bilateral talks will start earlier.
The first leg of the Turkish Stream pipeline is scheduled to be completed by the end of 2016.

Gas talks could become on the key issues during talks between the Greek Prime Minister Alexis Tsipras, who is on a two-day visit to Moscow, and Russian President Vladimir Putin.

© AP Photo / Murad Sezer, File
Putin, Tsipras to Discuss Connecting Greece to Turkish Stream
If the countries decide to take part in the Turkish Stream project, Gazprom will have an opportunity to deliver gas to Europe bypassing Ukraine without drastically altering existing deals with the customers, Kommersant pointed out. But it has other implications too.

Cordial relations with current and aspiring EU members, who try to carry out independent foreign policy, are of high value to Russia against the background of Moscow's current relations with the West.

The European Commission will likely be against any joint ventures, focusing on Russian gas. The EC is developing legal mechanisms, which will allow it to block any intergovernmental agreements and business contracts deemed harmful for the EU energy security.