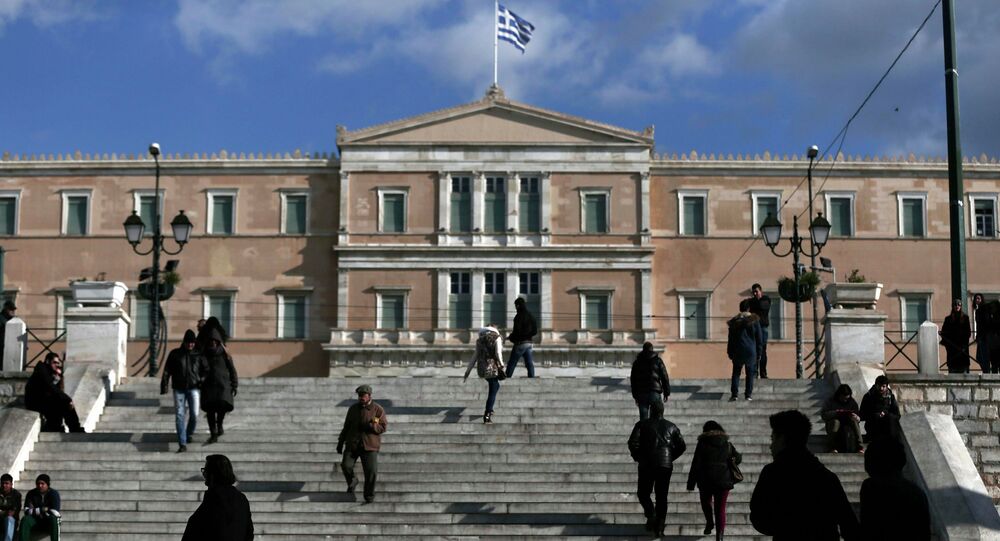 Greece has the money to meet a nearly $500-million interest payment to the International Monetary Fund (IMF) on April 9, in accordance with the bailout agreement, Deputy Finance Minister of the debt-ridden country said Friday.

© AP Photo
No Breakthroughs Expected in Talks Over Greek Economy Soon - Tusk
On Thursday it was reported that Greece had explained to its creditors that it would run out of money by the April 9 deadline.

"As the Ministry of Finance we are interested in repaying our obligations on time… As of now everything is fine. Everything that is due to be repaid and planned will be done," Dimitris Mardas told the Antenna television channel.

Greece's total debt to the troika of international creditors, comprising the European Union, the European Central Bank and the IMF, stands at around $270 billion.

Greece is required to repay another $220 million to the IMF on May 1, with the next $840-million tranche scheduled for May 12.