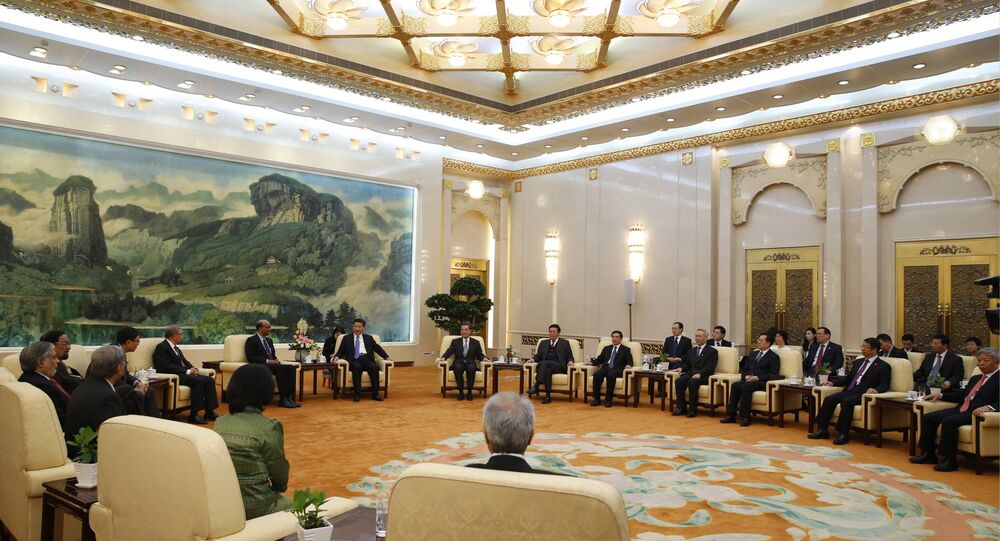 France made its own decision to join Asian Infrastructure Investment Bank (AIIB) without relying on the US position, the Ministry of Foreign Affairs spokesperson told Sputnik Thursday.

"We [France and United States] are strong allies and discussed this question with our international partners, but of course each of us takes its own decisions," the Ministry of Foreign Affairs spokesperson said.

The AIIB was established in October 2014 with a registered capital of $100 billion. China proposed the creation of the bank in a bid to boost investment in infrastructure project in the Asia-Pacific region.

The China-led Asian Infrastructure Investment Bank (AIIB) is a good opportunity to respond to Asian infrastructure needs, a spokeswoman for the French Foreign Ministry said.

"France sees this initiative as an opportunity to respond to Asia’s need in terms of infrastructure. Making infrastructure greener and more resilient to climate-related hazards is one of today’s major challenges. We are keen to see this new bank play a role in meeting this challenge," the spokeswoman said.

“France welcomes China’s readiness to pursue a multilateral approach as with the AIIB and looks forward to that approach being reflected in other international forums," the Ministry of Foreign Affairs spokesperson said.

She added that "in this context it will be important that the AIIB complies with international standards already applied by multilateral financial institutions, including the French agency for Development (AFD)."

The bank will have 45 member states, and March 31 was the deadline for applications to become a founding member. The bank will go live mid-April.

The new Chinese-based bank is seen in Washington as a potential competitor of Western financial institutions, like the US-based International Monetary Fund and the World Bank.

The US Treasury Secretary Jacob Lew said in March that there were growing tensions between trans-Atlantic allies over the AIIB. He criticized European participation in the China-led development bank and questioned AIIB anti-corruption, labor and environmental policy.