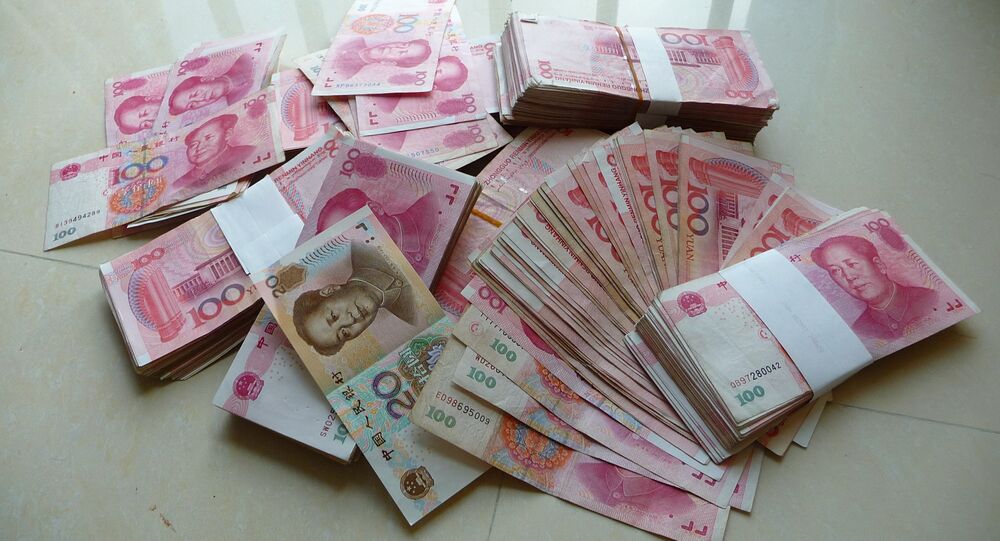 The sole remaining indicator where China lags behind the United States is the sheer number of rich people, including billionaires.

© Flickr / Robin Zebrowski
US Dependency on China’s Rare Minerals Threatens National Security -Senator
MOSCOW (Sputnik) — The total fortune owned by China's 'moderately-wealthy' will be twice that of US households from the same income group by 2020, a report by the Economist Intelligence Unit forecasting service revealed.

The report defines those owning from $100,000 to $2 million in assets as the moderately wealthy and states that this population group is experiencing the fastest growth in wealth.

Chinese "new wealth builders" will make up to $53 trillion by 2020, compared to the $27 trillion in total assets earned by their US counterparts.

In 2014, the United States topped the list of the world's moderately wealthy with its citizens in that segment holding a total of $23 trillion in financial assets, the report said.

© AP Photo / Xinhua, Gao Xueyu, File
Decline of the West: China, India to Replace US, EU on World Arena by 2050
By 2020, China is likely to overtake the United States to take poll position, as wealthy Chinese take advantage of the country's growing population and developing economy, along with the loosening of monetary and fiscal policy, the report forecasts.

The top-five rapidly growing countries in terms of assets are India, Indonesia, the Philippines, Thailand and Vietnam, the study said.

According to estimates by Forbes magazine, the sole remaining indicator where China lags behind the United States is in sheer number of rich people, including billionaires.