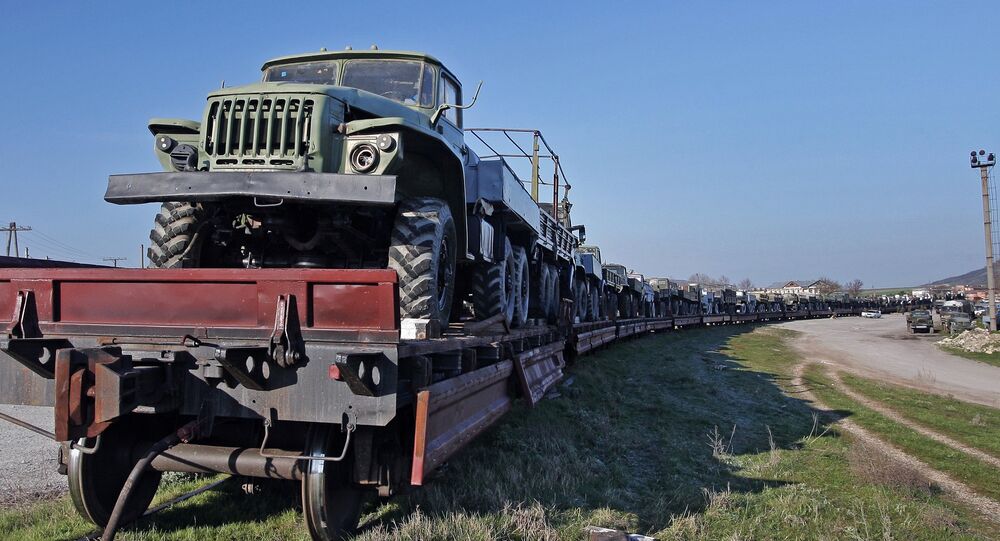 Russia expects Ukraine to discharge its $3 billion debt in December. The latter is, however, unlikely to follow the arrangement, as it seems to focus more on arms procurements, rather than on maintainance of its financial obligations.

According to forecasts of financial analysts, Ukraine is unlikely to repay Russia its debt of $ 3 billion, while at the same time it is planning to spend $ 3.8 billion on arms purchases, “Deutsche Wirtschafts Nachrichten” reports.

Since the beginning of the crisis, Ukraine has received several loans from the IMF and the EU, but the financial situation in the country remains fragile. The country is to repay $ 15 billion debt over the next four years, including the debt for Russia that is to be discharged by December 2015.

© AP Photo / Mykola Lazarenk, Pool
Kiev Signs 100 Arms Deals, Plans to Conclude 160 More, Amid Minsk Ceasefire
The IMF has developed a special program for Ukraine, which will help the country to overcome a financial hole of $ 40 billion. The program foresees a debt re-structuring, what means that the Ukrainian debt to be paid this year will be reduced from $ 7.7 to $ 5.2 billion.

The IMF apparently expects that Moscow should automatically agree for such kind of a haircut. However, Russian Finance Minister Anton Siluanov said last week that Russia still expects the full debt to be repaid in time.

© REUTERS / Gleb Garanich
Kiev Admits Existence of Contracts on Delivery of Lethal Weapons From EU Countries
It is not yet clear if international creditors would accept the debt reduction. As for now, most seem to rather prefer a term extension, “Deutsche Wirtschafts Nachrichten” reports.

Last week, the Ukrainian Finance Minister Natalie Jaresko said that approved loans would not be enough to bring Ukraine back on its feet. "The package will stabilize the banking system, but it is not sufficient to seriously re-stimulate the growth," Jaresko said.

On Friday, the Ukraine’s central bank had to declare three country’s banks bankrupt. Nevertheless, Ukraine is planning to expand its military resources and spend a total of 3.8 billion dollars on armaments.