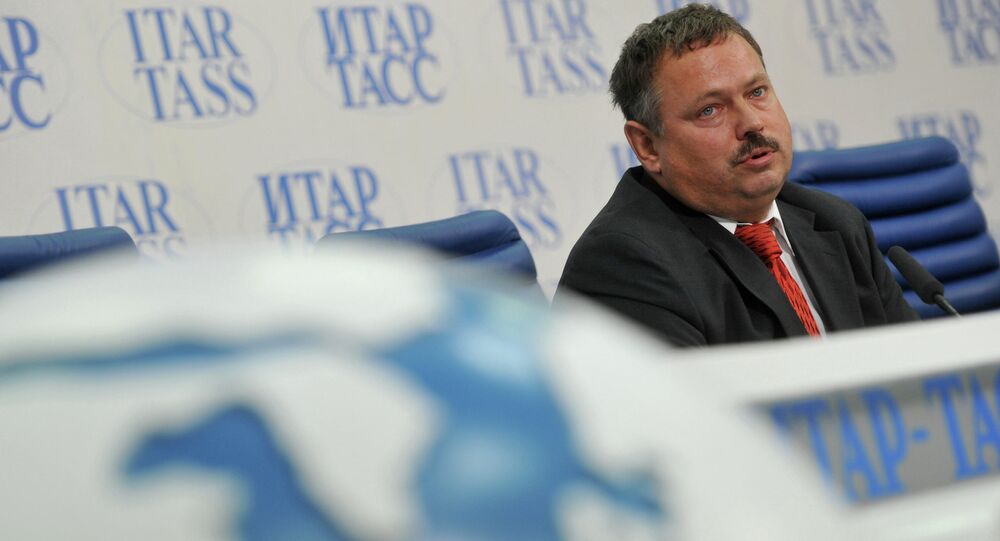 According to an official from the Russian Economic Development Ministry, Russia is prepared to drop lawsuits filed against the European Union with the World Trade Organization (WTO) if the EU does the same.

© Sputnik / Ruben Sprich
EU Turns to WTO Over Russia’s Import Duties
MOSCOW (Sputnik) – Russia is prepared to drop lawsuits filed against the European Union with the World Trade Organization (WTO) if the European Union does the same, an official from the Russian Economic Development Ministry said.

"If we find the solutions that suit us, we will not insist on legal proceedings, of course," Head of the Department for Trade Negotiations, Maksim Medvedkov, was quoted as saying by the Kommersant daily.

Medvedkov added that Russia is planning to suggest holding consultations with the European Union within two or three weeks to settle the disputes outside of court.

The package, aimed at regulating the EU gas and electricity market, prohibits companies from both owning and operating a gas pipeline, a condition Russia says hinders a stable supply of Russian gas to Europe.

The European Union has urged the WTO to take action against Russia over import tariffs on a range of goods, including paper products, refrigerators and palm oil.