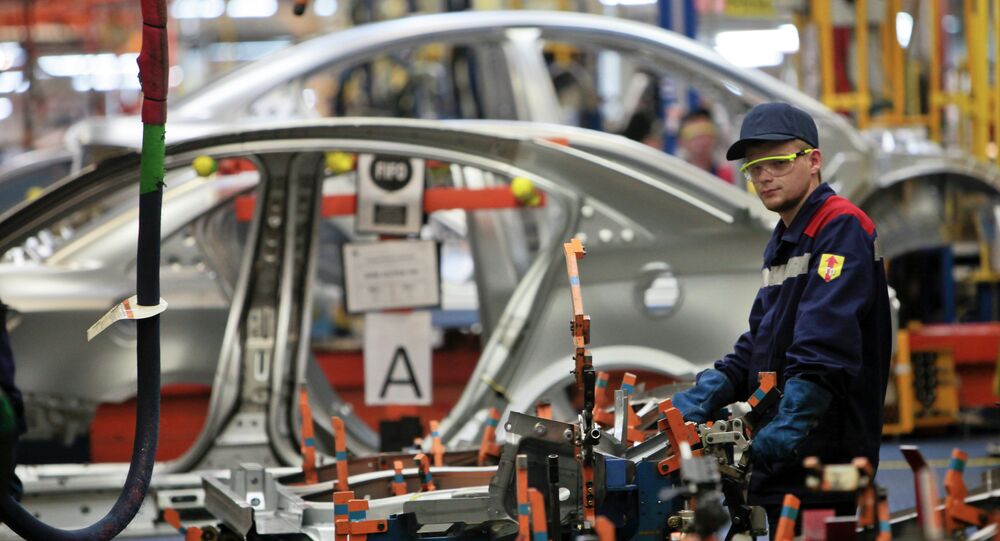 According to Russia's automobile manufacturer AvtoVAZ, it's joint venture with General Motors keep intack despite GM Withdrawing from Russia.

© Flickr / mrkumm
General Motors Removes Opel Brand From Russian Market
NIZHNY NOVGOROD (Sputnik) — US automaker General Motors' announcement to phase out its presence on the Russian market will not affect the operational plans of its joint venture with AvtoVAZ, the Russian company's press service said Wednesday.

Earlier in the day, GM announced an amended business model in Russia, removing Opel completely and minimizing the presence of its Chevrolet brands. Additionally, the Detroit-based company said it will halt operations in its St. Petersburg plant by mid-2015.

In its earlier statement, GM President Dan Ammann said the manufacturer's decision to cut down its low-cost product in Russia "avoids significant investment into a market that has very challenging long-term prospects."

GM-AvtoVAZ was registered in 2001 between GM and Russia's AvtoVaz on an equal-ownership basis.