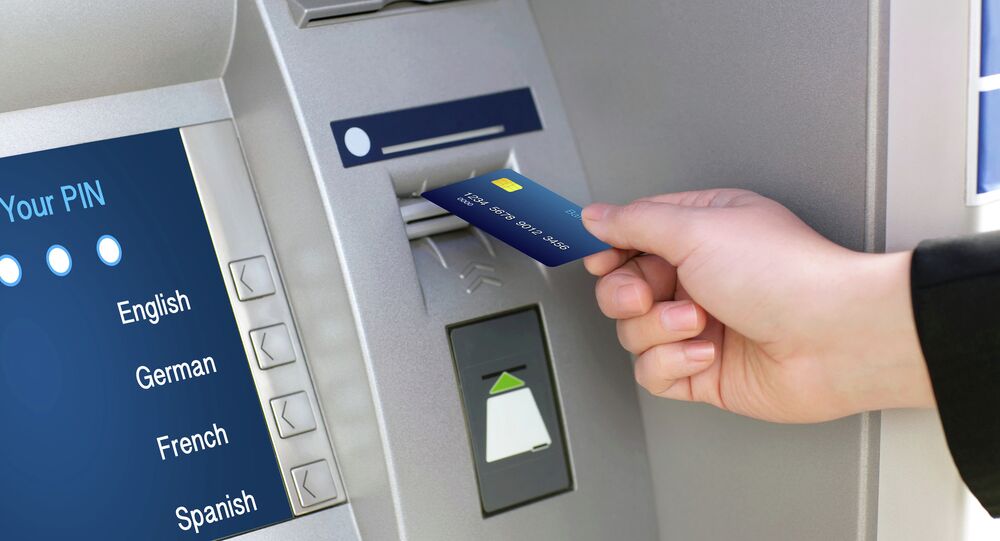 Ukrainian Finance Minister Natalie Jaresko stated that Rassian banks may continue their work in Ukraine if they operating legally.

“If the banks are operating legally in Ukraine, they’ve been operating within the regulatory environment, that’s all you can ask of them,” Jaresko said on Tuesday.

Jareskos’s statement came in response to a question on whether Kiev plans to take any measures against Russian banks in Ukraine, because their accounts can allegedly be used to fund the independence supporters in the eastern part of the country.

© AFP 2020 / EMMANUEL DUNAND
Kiev Waits for News From Moscow on Restructuring Debt - Finance Minister
“If there have been accusations or investigations with regard to any type of terrorist financing, they’ve been dealt with by the government, by the law enforcement agencies and stopped,” she explained.

Jaresko added that any bank, be it Ukrainian, Russian, Western European or other, should be confronted by law enforcement to stop the financing of terrorism.

The Finance Minister noted that Russian banks operate under Ukrainian law, supervised and governed by the country’s Central Bank, and hold Ukrainian citizens’ and businesses’ deposits.

“We shouldn’t act too quickly to affect the banking system as a whole. We need to look to the banks themselves,” Jaresko concluded.

The European Union, the United States and their allies have blamed Russia for fueling the armed conflict in Ukraine and have accused the country of the "illegal annexation" of Crimea, with Russia denying the claims.