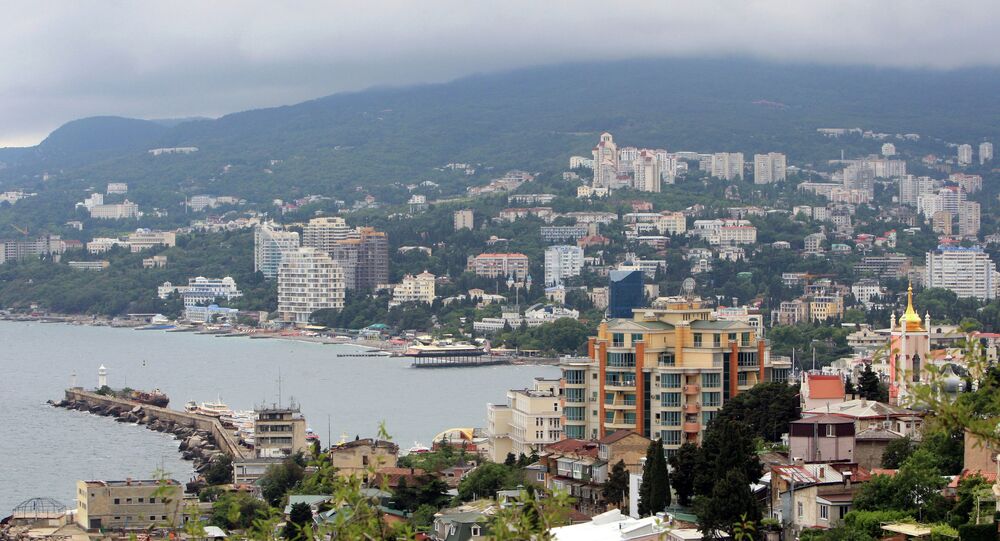 Earlier on Monday, head of Crimea Sergei Aksenov said that Crimea had signed the first $30-million contracts with investors in the energy sector. He added that the region still has around 200 pending investment requests.

"The entire world is interested in Crimea. But many, including Europeans, cannot enter [the market] due to the existing sanctions. Nevertheless, many businessmen and companies from various countries come to the peninsula – from Turkey, Israel, the Netherlands, Finland, and Italy. And there is nothing strange about that – the economic potential of the peninsula in impressive," Savelyev told RIA Novosti.

Russia marks first anniversary of Crimean referendum. What is your attitude towards it after one year?
Voted: 2
All polls
Earlier on Monday, head of Crimea Sergei Aksenov said that Crimea had signed the first $30-million contracts with investors in the energy sector. He added that the region still has around 200 pending investment requests.

In March 2014, Crimea, previously an autonomous republic within Ukraine, voted for reunification with Russia, after it refused to recognize the new Kiev authorities that came to power as a result of the February coup.

Crimea rejoined Russia after a referendum, with 96 percent of voters in the region supporting the move.

The European Union, alongside the United States and their allies refused to recognize Crimea's reunification with Russia, saying it violated Ukraine's territorial integrity and introduced several rounds of economic sanctions against Moscow.

The Kremlin said that Crimea's reunification with Russia did not breach any international laws, adding that the move was triggered by the need to protect the peninsula's ethnic Russian population.