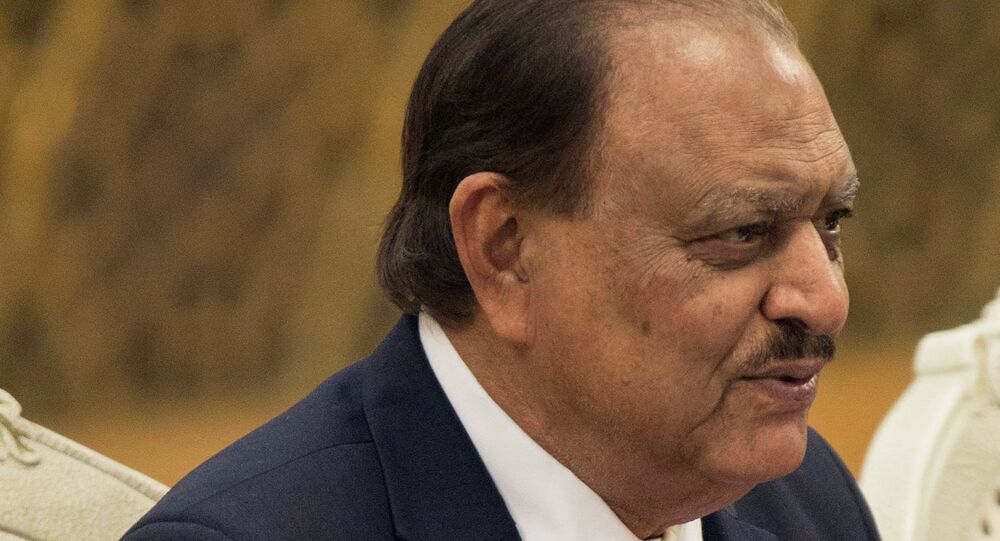 © Sputnik / Igor Zarembo
Hundreds of Parents Denying Polio Vaccine to Children Detained in Pakistan
ISLAMABAD (Sputnik), Svetlana Alexandrova — Trade between Russia and Pakistan is below potential, and could be increased in light of Russia’s ban on certain food imports from countries that imposed sanctions on Moscow, Pakistani President Mamnoon Hussain told Sputnik.

“The current bilateral trade between Pakistan and Russia is a meager half-billion US dollars annually. This trade turnover is far below the existing potential,” Hussain said.

The president added that Pakistan is an agrarian society, and one-third of its exports to Russia constitute agricultural products. "The current ban on import of these products from western countries provides a good opportunity to Pakistan to fill the vacuum."

In August 2014, Russia introduced a one-year ban on certain food imports from countries that had imposed sanctions against it over Moscow's alleged involvement in the Ukraine crisis.

While many countries are competing to fill this gap, Pakistan, with its well-organized food-production economy is well positioned to export poultry, meat, seafood, fruits and vegetables, as well as other agricultural products to Russia, the president told Sputnik.

“It is unfortunate that a ban on import of certain agricultural products from Pakistan was imposed last year. While the ban on other items was lifted, that on import of potatoes still exists,” he said, expressing a hope that this would be lifted soon as well.

“With the entry of large Pakistani companies into the Russian market, the volume of bilateral trade will get a substantial boost,” the president added.

Hussain noted that relations between Pakistan and Russia are characterized by mutual trust, and many Pakistani food and agriculture companies are registering with Russian authorities.