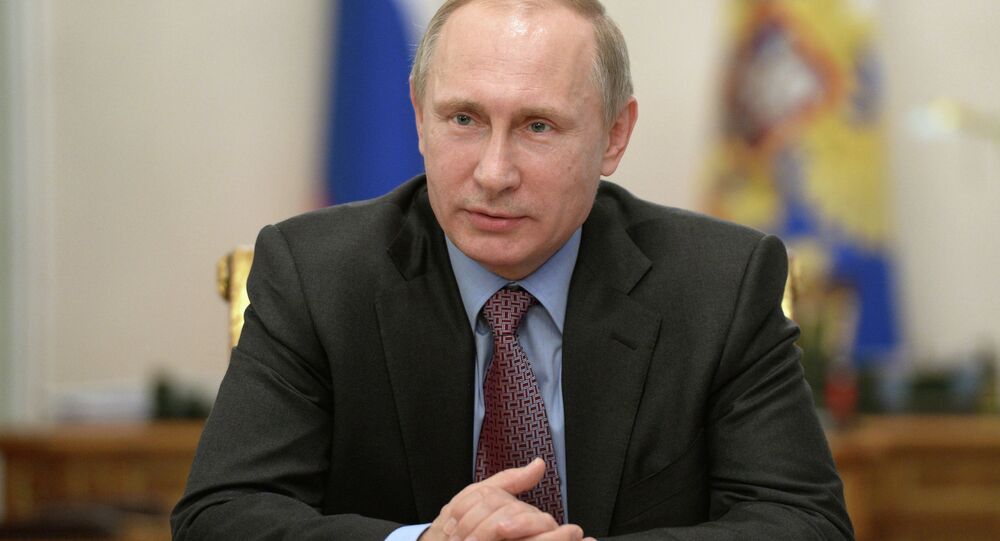 President Vladimir Putin endorsed the restructuring of an intergovernmental agreement on a state financial loan for Cyprus, signed in December 2011.

© Sputnik /
Putin Signs Law on Ratification of BRICS New Development Bank Deal
MOSCOW (Sputnik) — Russian President Vladimir Putin has signed a law to ratify a protocol on the restructuring of a loan to Cyprus, according to a document published on Russia's official website for legal information Monday.

Russia and Cyprus signed an intergovernmental agreement on the provision of a state financial loan for Cyprus in December 2011. It stipulates that a single repayment of $2.754 billion be made on July 1, 2016. The loan's annual interest rate was calculated at 4.5 percent.

A protocol that included a reduction of the annual interest rate to 2.5 percent was signed in August 2013, after the Cyprus government asked for a restructuring of the debt over the deterioration of the financial situation in the country. The document also delayed the repayment of the debt until the period between 2018 and 2021.

© Sputnik / Michael Klimentyev
Russian, Cypriot Leaders Sign Cooperation Program for 2015-2017
In February, Putin and his Cypriot counterpart Nicos Anastasiades met in Moscow to discuss bilateral relations and key international issues. The meeting resulted in the countries signing a number of documents on cooperation, including in the military and naval fields, the fight against terrorism, drug trafficking, and in science, education and culture.

The Bank of Russia and the Cyprus Securities and Exchange Commission, as well as the Invest in Russia agency and Cyprus' investment promotion agency also signed a memorandum of understanding.

US Unhappy Over Cypriot President's Visit to Moscow - Cyprus's Minister