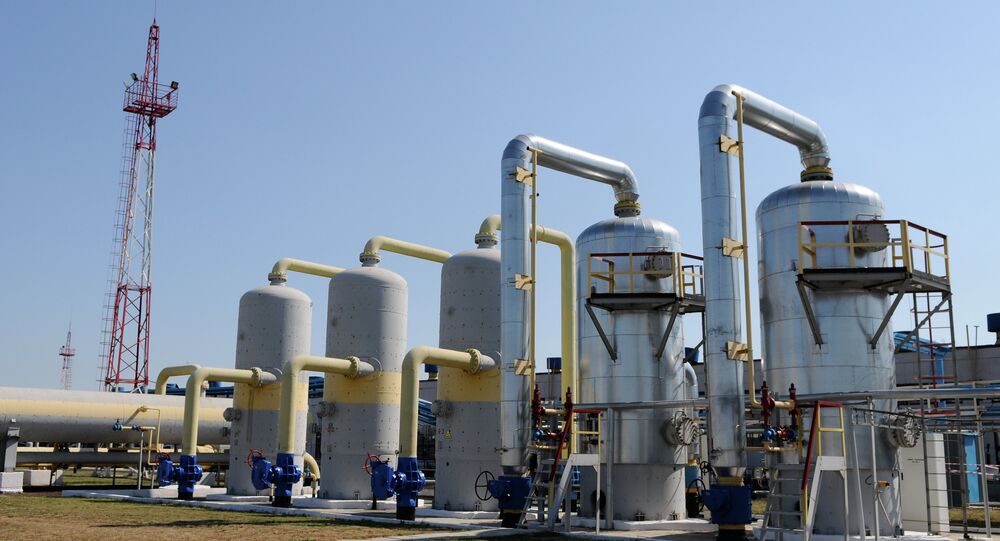 Russia Must Provide Gas Transits to Europe via Ukraine - Kremlin

“The necessity of the unconditional provision of transit gas in full volume through the territory of [Ukraine] to consumers in eastern and western Europe was noted,” Putin’s press secretary, Dmitry Peskov, said.

On Monday, Russia, Ukraine and the European Commission held talks in Brussels regarding the matter of gas deliveries.

The subject of Russian gas transit through Ukraine to the European Union has been a matter of concern for the bloc in light of the strained relations between Moscow and Kiev and Ukraine's gas debt to Russia.

© Sputnik / Mikhail Voskresenskiy
German Energy Security Not Compromised as Russia Scraps Ukraine Gas Transit
Gazprom cut gas deliveries to Ukraine last summer, citing Kiev's immense debt of over $5 billion. After an almost six-month halt, gas deliveries were renewed in December 2014, under a so-called winter package. The deal, that expires in April, requires advance payment from Kiev for the discounted price of $100 per 1,000 cubic meters of gas.

On Thursday Gazprom’s spokesman Sergei Kupriyanov said that Ukraine's Naftogaz had transferred $15 million to Russia's gas giant for the delivery of 45.6 million cubic meters of gas, or enough to last five days until March 6.

Kiev Transfers $15 Million to Gazprom for Five Days of Gas

Kiev's Prepaid Gas to Run Out Early on March 6 - Gazprom