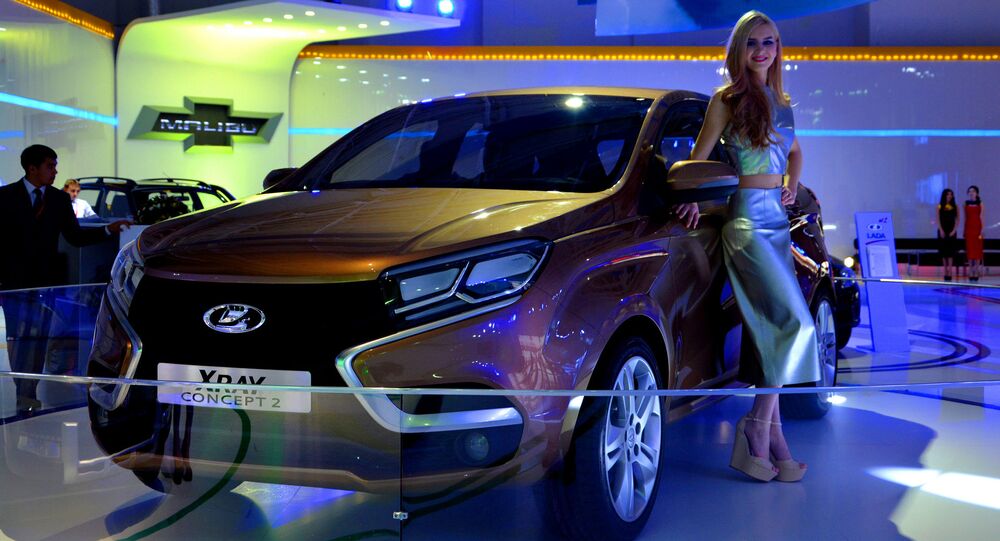 Development is speeding along on Lada's new XRay SUV, with the car set to undergo extensive testing this summer in time for a full-scale rollout by early next year.

Russian automotive news sites have reported that AvtoVaz has entered into the final stages of the development of the Lada XRay SUV.

© AP Photo / Mikhail Metzel
A concept of the XRay 2-door coupe, expected to be introduced shortly after the launch of the 4-door SUV.

Speaking with Russian Prime Minister Dmitri Medvedev late last week, XRay project director Oleg Grunenkov noted that the new design's production schedule has been accelerated. Grunenkov explained that the car will undergo testing throughout the spring and summer, while preparations for mass production take place in Tolyatti, and that the XRay will go on sale by the first quarter of 2016.

A 'dummy' Renault Sandero with XRay aggregate components has been undergoing testing in Germany, while the first XRay will be assembled and rolled out for testing next week.

A second XRay will be rolled out in April for summer testing, including Euro NCAP standard crash testing.

© Photo : ladavesta.net
AvtoVaz to Release Test Batch of New 'Vesta' Model Next Week
The new design, created in cooperation with AvtoVaz and Renault-Nissan on the B'0' platform, has been under development since August 2014; since then, AvtoVaz and Nissan have been working with Volzhsky Machine Building Plant on the required stamping equipment, which is expected to be delivered to Tolyatti in August.

In late January, AvtoVaz had released a test batch of its other new design, the Lada Vesta sedan, which is expected to enter into serial production by September.