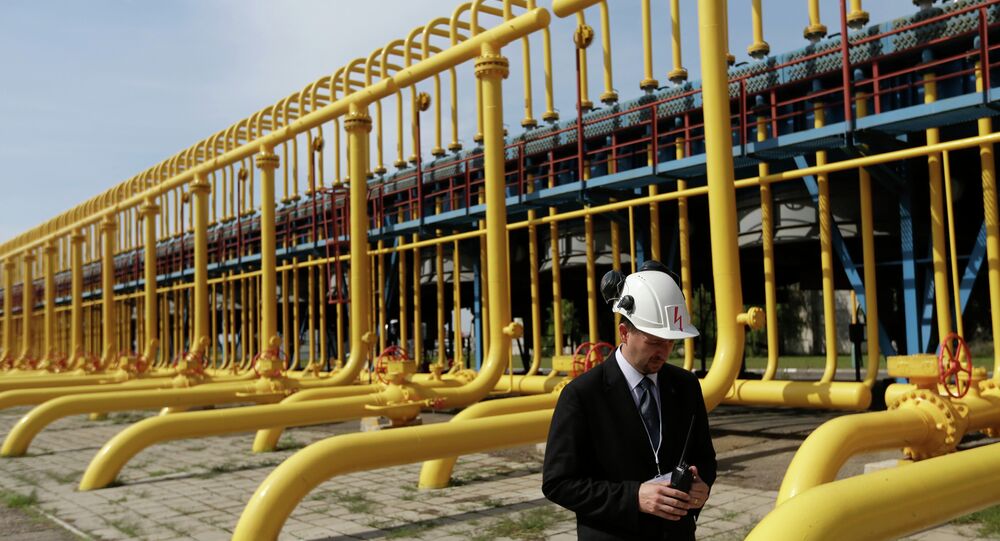 If the regime of Russian gas deliveries is observed, Ukraine will continue to make prepayments under the current contract, Naftogaz head said.

© Sputnik
Russia May Discuss Gas Discount for Ukraine if Asked - Energy Minister
KIEV (Sputnik) – Kiev will continue making prepayments for the delivery of the Russian gas if the supply is not interrupted, Ukraine's Naftogaz chief Andriy Kobolev said Saturday.

"If the regime [of gas deliveries] is observed, we will continue to make prepayments under the contract, as the contract allows us to prepay as much gas as we need and whenever we need," Kobolev told journalist.

He did not specify the amount of gas Naftogaz plans to buy from Russia in 2015. According to Kobolev, Ukrainian gas storage facilities currently have more than eight billion cubic meters of gas.

Ukrainian energy company Naftogaz expects to discuss the start date of negotiations on the gas supply under "summer package" deal at the trilateral gas talks in Brussels on March 2, Andriy Kobolev said Saturday.

© AP Photo / Sergei Chuzavkov
Enough for 24 Hours: Gazprom Gets $15 Mln in Advance Gas Payment From Ukraine
"I think that this question, I mean, when exactly the negotiations on the 'summer package' deal will start, will be considered on Monday," he said.

On Thursday, Gazprom spokesman Sergey Kupriyanov said that should Naftogaz fail to prepay for March deliveries by the end of the week, Gazprom would cut off gas supplies. Kupriyanov added that Kiev's standing balance was only sufficient for a few days of gas supplies.

On Friday, Gazprom received $15 million from Ukraine in advance payment for approximately 24 hours of gas deliveries.

In June 2014, Gazprom suspended gas supplies to Ukraine due to Kiev's debt that exceeded $5 billion at the time. The company resumed gas deliveries in December under the "winter package" deal. The deal, which expires on April 1, 2015, stipulates that Ukraine must pay Russia in advance for all future gas supplies.

Russia May Halt Gas Supplies to Ukraine if No Prepayment Received