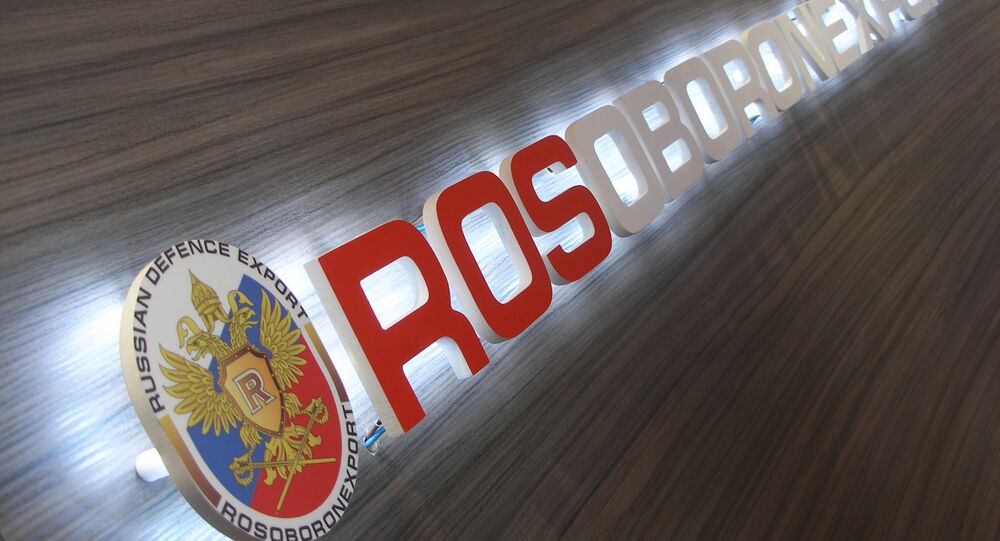 Rosoboronexport sold arms and military equipment worth more than $13 billion abroad in 2014.

Chemezov, who currently participates in the IDEX-2015 arms exhibition in the United Arab Emirates' capital Abu Dhabi, added that Russia's weapons export in 2015 is also expected to exceed $13 billion.

He said that Rosoboronexport's current defense contracts are worth $38 billion in total.

Abu Dhabi is hosting the International Defense Exhibition and Conference (IDEX) 2015 on February 22 —26. The event is attended by representatives of more than 1,200 companies from 55 countries.

Russian military hardware is represented by 737 items from 21 companies, including the UralVagonZavod and Almaz-Antey.

Rosoboronexport is expected to exhibit more than 200 models of Russian weapons and military equipment, including the presentation of the T-90 MS battle tank later on Monday.

“In the near future, KRET and ‘High Precision Systems’ will get right for foreign economic activity,” Chemezov told journalists.

Earlier Rostec CEO noted that allowing companies that are part of Rostec to conduct independent foreign activity would lead to improved service quality and speed up the delivery of spare parts.

“By and large European military exhibitions are no longer of much interest. Today's exhibition [IDEX-2015] is much more effective than an exhibition in London or any European countries,” Chemezov said.

“We are no longer producing S-300s, that is why we offered our [Iranian] colleagues another air defense system – Antey-2500, a modernized modification of S-300. We are already producing S-400 systems, but since our Iranian colleagues insisted on the S-300, we offered them 'Antey-2500,'” Chemezov said, adding that the final decision has not been taken yet.

Russia to Supply T-90S Tanks to Peru in Medium-Term: Rosoboronexport