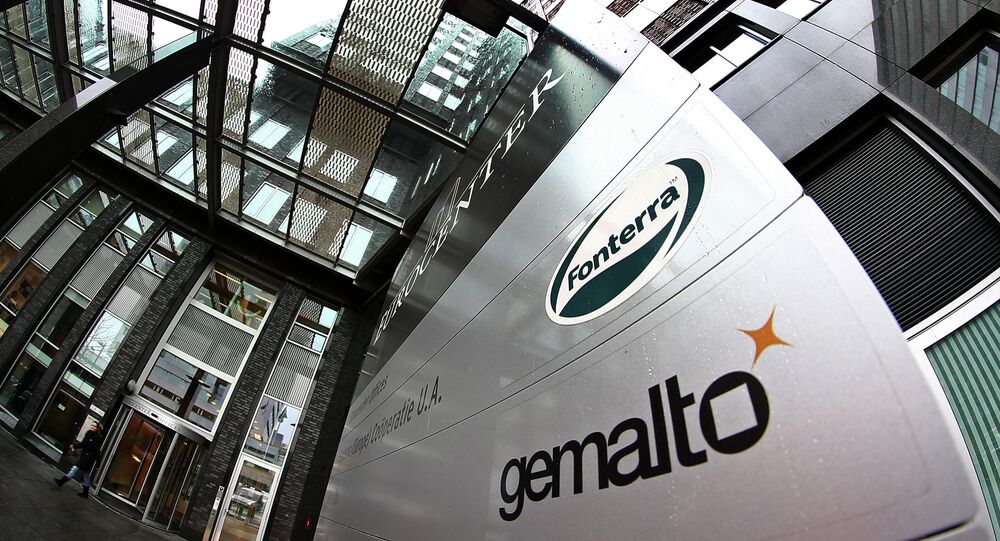 Shares of the international digital security company Gemalto fell nearly 10 percent on Friday, plummeting about $500 million, after the reports on the company's hack.

Gemalto’s own stock chart revealed that its shares traded at $74.45 on Friday, falling from the opening price of $79.65. By the end of Friday, shares slightly recovered, but were still down about 4 percent.

Gemalto said it has experienced many hacking attempts against their systems in the past, but it was still not able to verify the NSA-GCHQ hack.

The Netherlands-based company also said it intends to conduct a thorough investigation of the reported incident.

Gemalto, who recorded $2.72 billion in revenue in 2013, has 450 mobile-network customers globally, according to the company’s website.

Russian Telecom Clients Not Affected by Alleged US, UK Hacking of Gemalto

Deutsche Telekom Clients May Be Among Victims of US, UK Hack on SIM Cards

China Bought Nearly Half of Gemalto SIM Cards Allegedly Hacked by US, UK