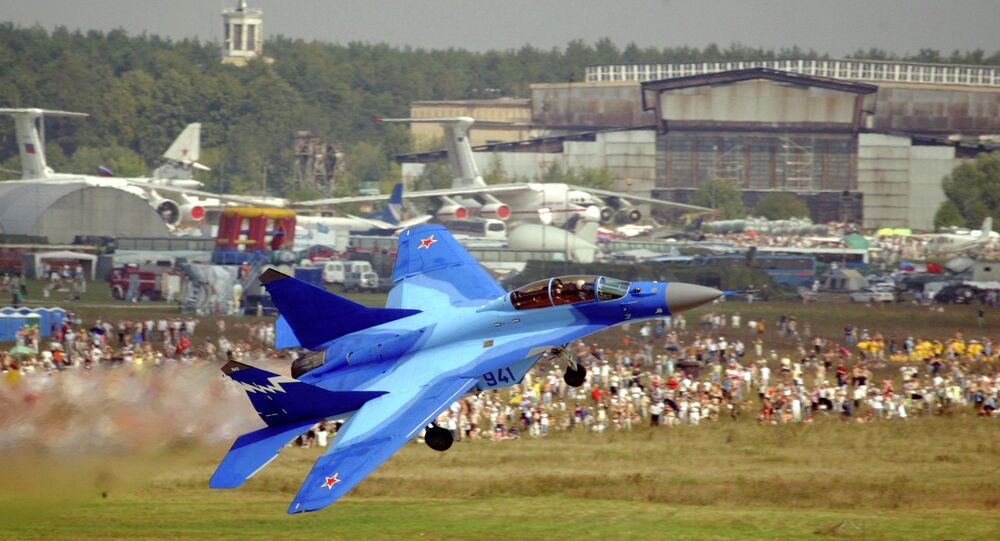 According to MIG CEO, India is going to create three squadrons of MiG-29Ks/KUBs - each for two aircraft carriers, and a coastal squadron for training.

If the Indian Defense Ministry "makes the logical decision to expand its fleet of MiG-29Ks/KUBs, our corporation is set to execute it," the MIG head said during the Aero India-2015 exhibition that is currently underway in the Indian city Bengaluru.

© Sputnik / Ruslan Krivobok
Russia Ready to Send More MiG-29K Fighters to India
Korotkov added, citing the Indian Navy commanders, that India was going to create three squadrons of MiG-29Ks/KUBs — each for two aircraft carriers, plus a coastal squadron for training.

The MIG Corporation is planning to finalize the delivery of 29 MiG-29K fighters to India by 2016.

According to the Russian Federal Service for Military-Technical Cooperation, over 70 percent of the Indian Army, Air Force and Navy's weapons and military equipment have been produced by Russian or Soviet manufacturers. India is Russia's biggest arms trade partner, with the total cost of weapons and hardware delivered in 2014, reaching $4.7 billion.