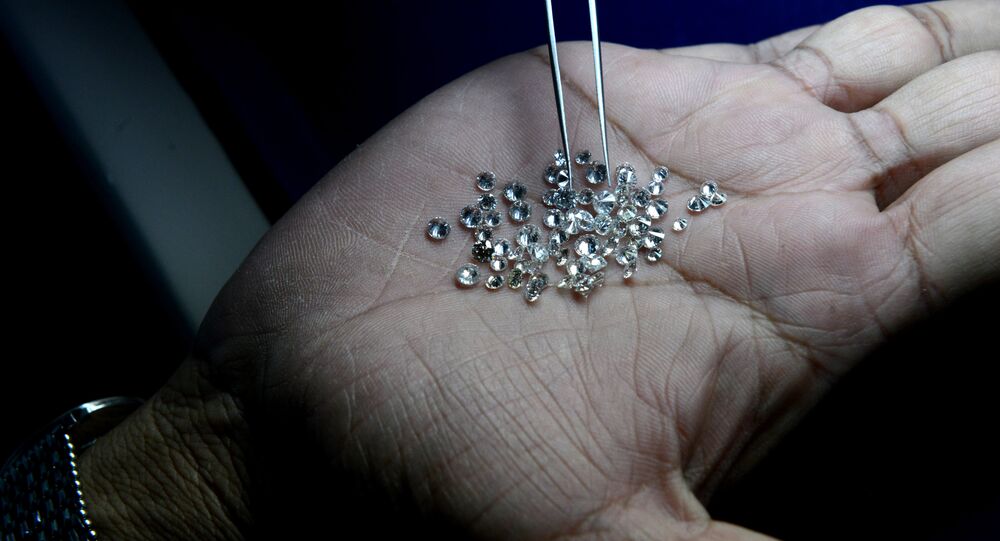 © Flickr / Vinay Bavdekar
Russia's 2014 Arms, Military Equipment Supplies to India Amount to $4.7 Bn
MOSCOW (Sputnik) – Russia is the world's largest diamond-producing country, contributing up to a quarter of the global supply. Its leading diamond-mining company is ALROSA, a partially state-owned group that accounts for roughly 97 percent of the country's total production.

Raghavan said that ALROSA sells its diamonds at international auctions in Belgium and the Arab Emirates, but not in India, which is the largest center for processing diamonds in the world. By having the Russian mining company sell its rough diamonds directly in India, New Delhi hopes to cut their purchase price.

"We hope to create conditions for ALROSA to trade directly in India and organize auctions for the sale of diamonds in India," the diplomat said, adding that ALROSA's concerns are that conditions for auctioning its diamond in India are "not optimum for them."

"The Indian government has committed itself to create the conditions for ALROSA to make diamond sales profitable in India. This is under process… And I hope that by the end of this year everything will be settled," he noted.

Russia's Trade Representative to India, Yaroslav Tarasyuk, told RIA Novosti last month that in 2013, ALROSA sold over $700 million worth of diamonds to Indian enterprises. Around 80 percent of the world's rough diamonds are sent to India for polishing.

The Indian government has been very supportive of Russian diamond-producers. In December 2014, Indian Prime Minister Narendra Modi briefed Russian President Vladimir Putin on special security zones in India, where Russian companies will be able to sell their rough diamonds.

According to Modi, most of Russia's rough diamonds eventually end up in India, but only 20 percent arrive there directly.

"India has sustained the engagement with SCO and has contributed meaningfully to its activities as an observer in the organization. We appreciate Russia's support for India's membership to SCO," the diplomat said.

India is ready to join SCO as a full member whenever this takes place, he added.

"I can only say that Russia has always supported our desire to become a member of the SCO and has done its best to make it come true," Raghavan told RIA Novosti in an interview.

The SCO comprises such member states as Russia, China, Kazakhstan, Kyrgyzstan, Tajikistan and Uzbekistan. Observer status has been granted to Mongolia, India, Iran, Pakistan and Afghanistan.

The ambassador's remark follows the filing of formal applications for membership of the SCO by India and Pakistan and consideration of India's application at a SCO summit in Dushanbe, Tajikistan in September 2014.

Earlier this year, Russian Foreign Minister Sergei Lavrov announced that the matter of India and Pakistan's accession to the SCO is going to be high on the agenda at the organizations's summit to be held in the Russian city of Ufa in July.