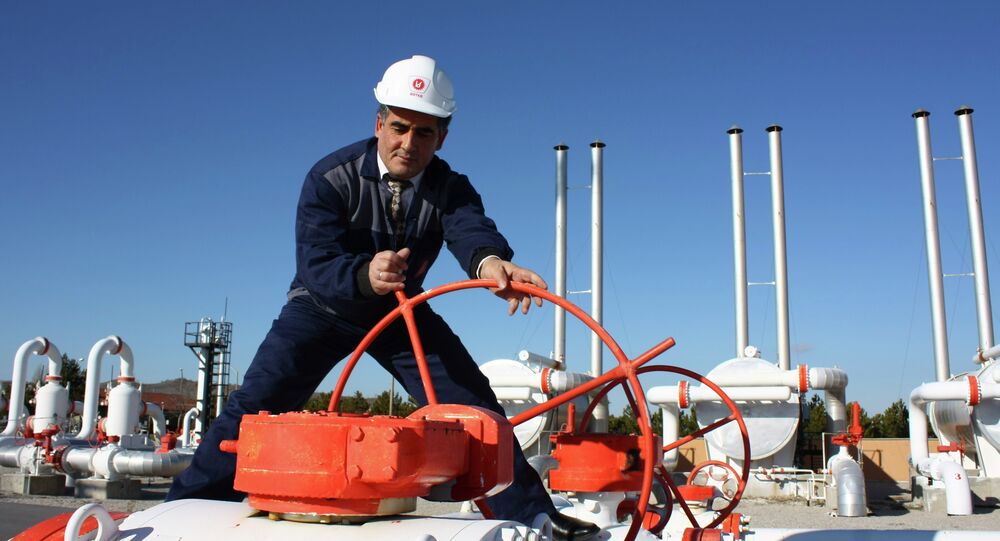 Russian Energy Minister Alexander Novak said that European partners did not discuss with Russia any proposals on the construction of facilities needed to deliver Russian gas to Europe via Turkey.

© Sputnik / Igor Zarembo
Contract to Deliver Gas to China Via Western Route Due in Coming Months
BUDAPEST, (Sputnik) – Russia has received no proposals from its European partners to discuss the construction of facilities needed to deliver Russian gas to Europe via Turkey, Russian Energy Minister Alexander Novak said Tuesday.

"We are waiting for European partners to make proposals on the issue. They are the ones responsible for making decisions concerning the development of their own gas infrastructure. No practical proposals have been made so far," Novak told journalists during his visit to Hungary.

In a surprise decision last December, Russia scrapped its years-old South Stream pipeline project that was to bring Russian natural gas across the Black Sea through Bulgaria, Serbia, Hungary and Slovenia to Italy and Austria.

Moscow cited the European Union's unproductive stance as the reason behind this change of heart, and unveiled a fallback plan to deliver gas to Europe through Turkey.

© Sputnik / Ruslan Krivobok
Russian Gazprom Says Will Boost Gas Supplies to Turkey by 2Bln Cubic Meters
Russian energy giant Gazprom and its Turkish partner Botas have already mapped out the route of the pipeline, dubbed Turkish Stream, with an inter-governmental agreement expected to be inked in the second quarter of 2015. The first string is scheduled to be completed by the end of 2016.

The 180km (112 miles)-long pipeline is expected to make a landfall near the village of Kayakoy in southeastern Turkey and cross into Greece near Ipsala, where Moscow and Ankara have agreed to set up a gas hub.

The pipeline's route from the Greek border onward has not been mapped yet, pending Europe's decision. But the would-be transit countries – mostly Serbia and Bulgaria – earlier complained about having lost millions of dollars in development costs and transit fees.