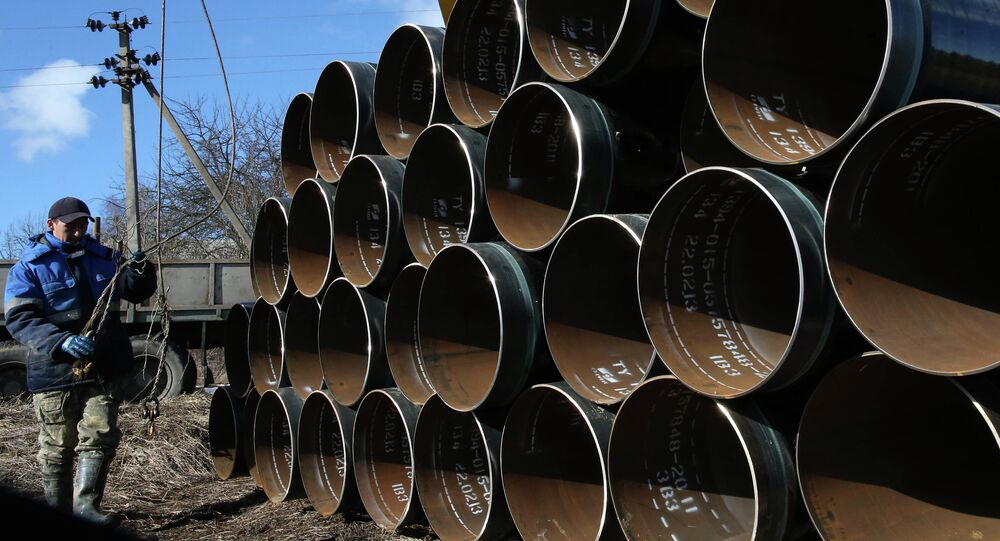 Russian Energy Minister Alexander Novak hopes that a contract to deliver Russian gas to China via the Western route will be ready for signing in the coming months.

© Photo : Gazprom
Gazprom Says Russian Gas Supplies to China Not to Be Postponed
BUDAPEST, (RIA Novosti) – A contract to deliver Russian gas to China via the Western route is planned to be ready for signing in the coming months, Russian Energy Minister Alexander Novak said Tuesday.

“Our task is not to procrastinate,” Novak told journalists during his visit to Hungary. “I hope that in the coming months the contract will be ready for signing.”

© Sputnik / Maria Chapligina
China's Xinjiang Trade With Russia Rises Tremendously Over 2014
The Western route will connect fields in western Siberia with northwest China through Russia's Altai Republic, delivering 30 billion cubic meter of gas annually. Second and third sections may be added to the pipeline at a later date, bringing its capacity up to 100 billion cubic meters a year.

In May 2014, Russian energy giant Gazprom and Chinese CNPC signed a 30-year contract for Russian natural gas deliveries to China via the Power of Siberia pipeline, also known as the “Eastern route”. The construction of the pipeline started in September, with first deliveries scheduled for 2018.

Gazprom Says Russian Gas Supplies to China Not to Be Postponed