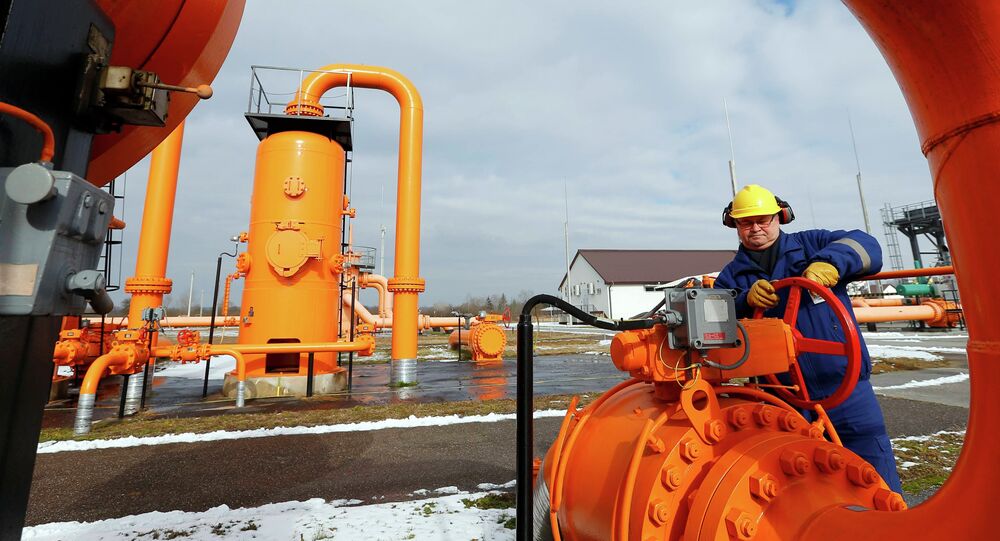 Russia and Hungary can either extend the existing gas delivery contract or sign a new one during the Russian president’s upcoming visit to the country, presidential aide Yuri Ushakov said Monday.

© Sputnik / Alexei Nikolsky
Putin Discusses Energy Cooperation With Leaders of Hungary, Serbia: Kremlin
MOSCOW (Sputnik) – According to the Kremlin official, Russia covers about 70% of the country’s demand for natural gas. The current contract to deliver Russian gas to Hungary expires in December 2015.

“This issue — either the extension of the old contract or a new deal – will obviously be discussed,” Ushakov said. “This issue is certainly on the agenda of the talks.”

“The situation when Russia was forced to wind up the South Stream gas pipeline project due to the European Commission’s non-constructive approach will be discussed. We have chosen an alternative variant, gas will be delivered to Europe via the Black Sea, so an exchange of opinions will be held in this regard,” he told reporters.

“We are ready for dialogue and mutually beneficial partnership in this sphere,” Ushakov said.

Russian President Vladimir Putin is expected to visit Hungary on February 17. Apart from the gas supply issue, the leaders of both countries are expected to focus on cooperation in the fields of nuclear energy, education and health care.

Russia is Hungary’s biggest trading partner outside the European Union. The country's prime minister, Viktor Orban, was one of the main supporters of Russia's South Stream gas pipeline, a project that Moscow later abandoned due to the “unconstructive” approach of the European Union.