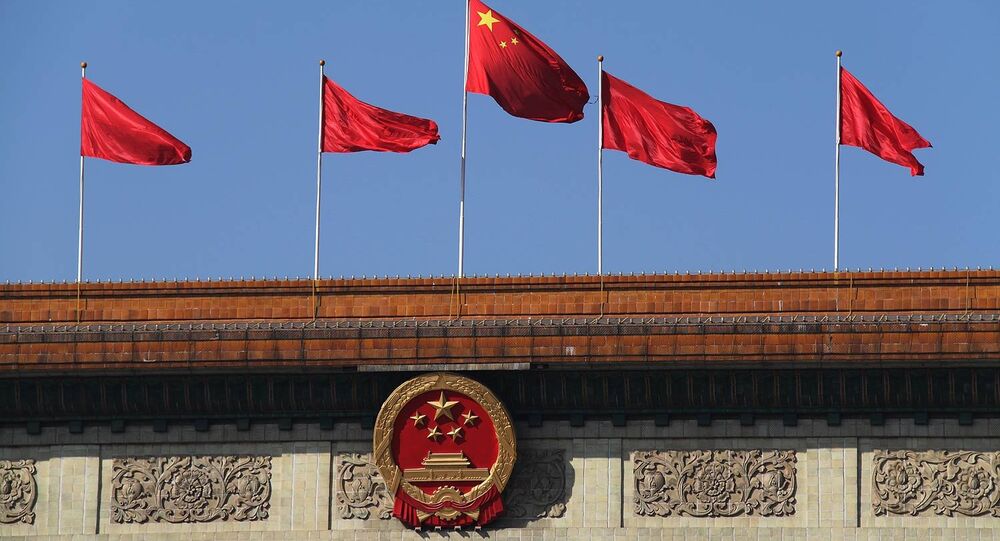 Xinjiang-Russian trade has tripled over the last year. Xinjiang officials claim that the region will post fast economic growth numbers in forthcoming months being as it is part of the ambitious Silk Road project.

liondw
China's Maritime 'Silk Road' Praised by Overseas Experts, Backed by More Than 50 States
Ekaterina Blinova — Although China's Xinjiang region is currently facing a slowdown in foreign trade, the region's statistics indicated that its trade with the Russian Federation has grown tremendously over the last year.

So far, Xinjiang's trade with its northern neighbor increased 374 percent in 2014 reaching $2.15 billion, while its total foreign trade rose by only 0.4 percent to $27.67 billion in the same period.

Citing the local customs, Chinese media sources elaborate that the slowdown in overall trade volume was caused by a reduction in imports, dropping by 20.9 percent last year, adding that at the same time exports raised 5.5 percent year on year.

The sharp decline in commodity prices is attributable to the drop in prices of crude oil and iron ore sands, which amounted for 53.8 percent of the region's total import volume in 2014.

© Wikipedia / alexndm
Russia, China to Enhance Cooperation in Nuclear Energy Sector
Concurrently, Xinjiang-Kazakhstan trade diminished by 17.3 percent and slid to $10.13 billion. It is worth mentioning that Kazakhstan is the largest business partner of the region.

Commenting on the released data, Li Bin, the Urumqi Customs District official, claimed that Xinjiang will maximize its trade in 2015 supported by both regional authorities and Beijing as a part of the Silk Road Economic Belt and the 21st Century Maritime Silk Road projects. The ambitious Silk Road initiative, launched by China's President Xi Jinping in 2013 is aimed at boosting economic ties between Asia, the Middle East and Europe and is expected to facilitate the development of Asian countries and regions along its routes.