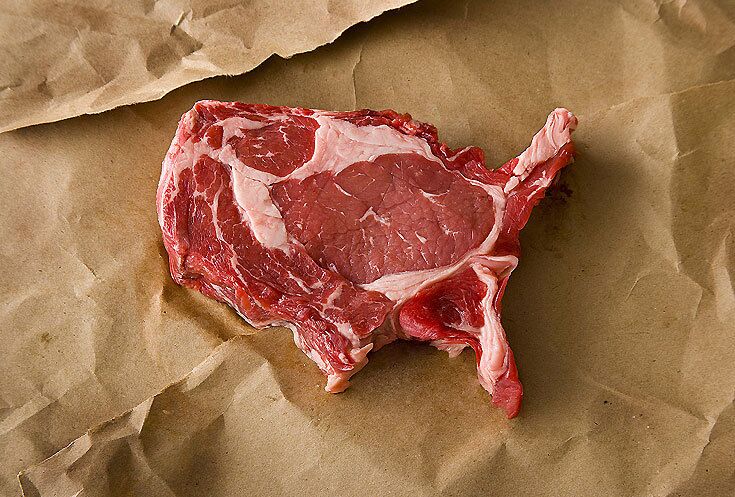 Argentinian Meat Supplies to Russia Increased by 38% in 2014 - Ambassador

Russian Ambassador to Argentina Viktor Coronelli says meat deliveries from Argentina to Russia increased by 38 percent last year, as economic and trade relations between the two countries intensified due to Western sanctions against Russia.

“Due to sanctions and counter-sanctions, economic and trade relations between our countries have intensified in terms of replacing some products which previously Russia imported from Europe with Argentinian suppliers. I will name two numbers, which, in my opinion, are very representative. In the past year, meat supplies from Argentina to Russia increased by 38 percent, and supplies of dairy products increased by 47 percent,” Coronelli said.

He added that before the trade embargo Argentina mainly supplied mainly beef to Russia, but now it also exports pork and chickens.

© Flickr / Finizio
Russia, Argentina to Increase Bilateral Trade to Up to $3Bln in 2015
In light of souring relations with the West in 2014 over the crisis in Ukraine, Moscow has significantly increased its economic, trade and other cooperation with the countries of Latin America, the BRICS and the Asia-Pacific region.

In August 2014, Moscow introduced a one-year ban on the import of certain food products from the United States, the European Union and other countries that had earlier imposed economic sanctions against Russia over its alleged involvement in the Ukrainian conflict. The import ban includes meat, poultry, fish, seafood, dairy, fruit and vegetables.