Heavy air pollution, contaminated food and impure water are the reasons that prevent foreign top managers from working for US companies in China.

© East News / Imaginechina
China Raises Smog Alert: Reports
MOSCOW (Sputnik) — Over half of US companies operating in China are experiencing problems recruiting foreign top managers due to the high air pollution and other environmental problems, CNN reported Wednesday, citing a report by Bain & Company consultancy firm and the American Chamber of Commerce in China.

According to the newly-released report, 53 percent of the companies surveyed admitted being stretched with executive-level human resources due to air pollution while in 2014 this figure was 48 percent and only 34 percent in 2013. 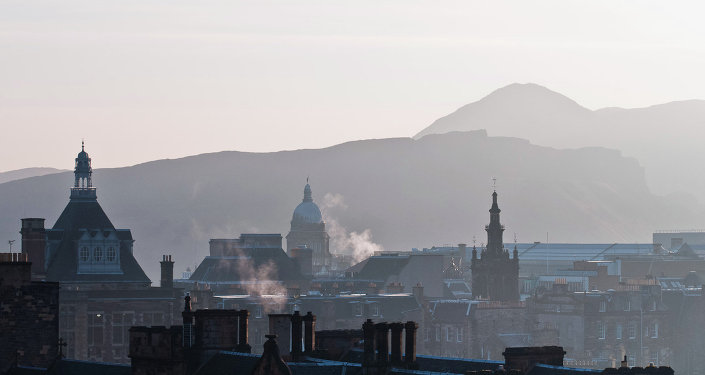 © Flickr / Vaidotas Mišeikis
Scotland Air Pollution Breaks EU Standards: Environmental Group
The main environmental problems preventing foreigners from working in China are air pollution caused by coal-burning and toxic emissions from vehicles. Contaminated food and impure water also contributed to the unwillingness to work in China, according to the report.

Other problems mentioned included the perceived unfriendly attitude of Chinese people and local protectionism. Some 47 percent of respondents said they felt unwelcome in the country, while 55 percent said they felt that they were being forced out of the country by local authorities.

However, 70 percent of the US companies surveyed were optimistic about their business there for the coming two years.

In 2014, the Chinese Prime Minister Li Keqiang declared war on pollution, acknowledging that poor ecology was a major problem for the country. Li said the government would work on lowering energy consumption, reducing gas emissions and developing alternative energy sources.