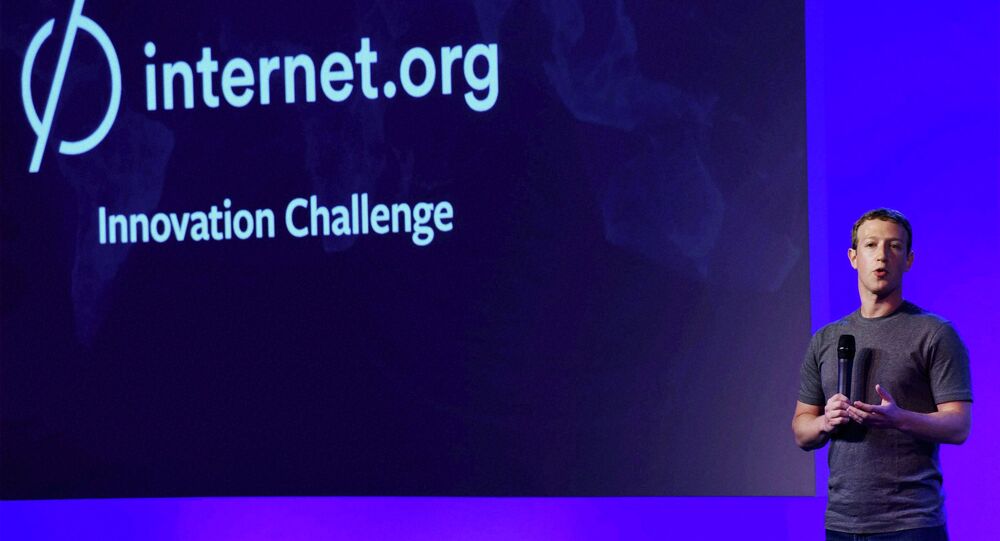 However, despite having the stated goal of connecting two thirds of the world' population to the Internet, the service appears to be launched for promotional purposes rather than providing user a connection to the world.

"We address the affordability of data by having beneficial services and then we’ll make it scalable for our partners so that once these users want to use more, they just buy the regular (data) plan," the director of Facebook's Global Operator Partnerships told Reuters.

© Flickr / Maurizio Pesce
Facebook Gets Class Action Spying Lawsuit for Christmas
Gurdeep Singh, chief executive of Reliance's consumer arm, declined to comment on the sources of funding for the project, raising doubts that principles of net neutrality are supported.

On its website, the non-profit has a contact form for prospective content providers. However, the project does not have a transparent set of criteria for selecting partners, including possible monetary contributions to the service.

© Flickr / Elliott Brown
BBC in Fear of Falling Behind Russian, Chinese Media
When it comes to news sites, the service offers only one in Tamil, Malayalam and Marathi, and three in Hindi. Seven of India's biggest English-language outlets are also represented, out of nearly 70,000 newspapers in the country. For international news, the British government broadcaster BBC has an absolute monopoly.