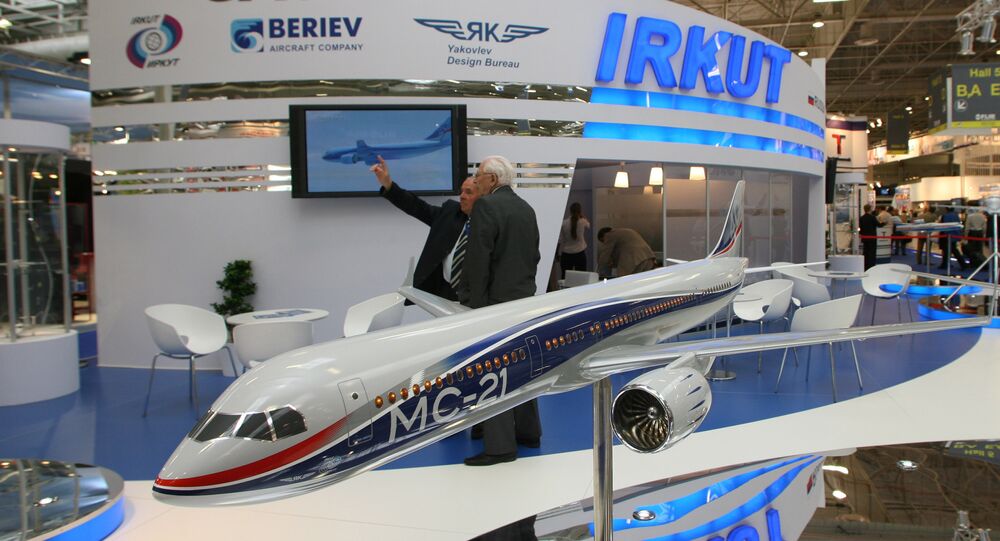 Russian Aircraft Maker Has Big Plans for 2015, Including 20% More Planes

The new president of Russia's United Aircraft Corporation has outlined aggressive expansion plans for the company, including increased production and sales, along with the hiring of thousands of new specialists.

In addition to the 20 percent rise in output, the company also plans to hire thousands of specialists, from Russia and the countries of the former Soviet Union. In 2015, the new hires are expected to amount to about 8,000, while between 2016 and 2017, the company has plans to hire an additional 8,000-9,000.

Slusar recently told Russian press that "from the point of view of the company's business, 2015 will see dramatic changes." The new company head also remains firmly grounded in his expectations however, noting that in addition to the new hires, it would be necessary "to reduce costs in each of the company's holdings," noting that under present economic conditions "there can be no other way."

Some of the new cadre will doubtlessly be hired for civil and military aviation manufacturer Tupolev's new 500 million ruble 3D Design Center. When finished later this year, the new design center will be one of the largest and most advanced in Russia.

© Sputnik / Sergey Pyatakov
Mexican Airline to Order Ten More Russian Sukhoi Superjet-100 Planes
In the civil aviation sphere, UAC is working on three prospective, completely new designs, including a wide-body 250-300 passenger project in cooperation with the Chinese company COMAC, set to be ready for production by 2025. The second project is the MC-21, an ambitious 212 passenger plane. Late last month, Russian Deputy Prime Minister Dmitri Rogozin voiced hopes that Russia could sell up to 1,000 of the aircraft by 2020. Finally, there is the Sukhoi Superjet 100, already in production. The company produced 37 of the airliners last year, and Sukhoi plans to sell 44 of the 108 passenger regional jet. Russia's Aeroflot has recently signed a contract to purchase another 20 of the aircraft, which would bring their order so far to a total 50 planes. Sukhoi continues to tinker new modifications and upgrades for the commercially successful plane, including a project to extend the plane's range to up to 8,000 kilometers via increased fuel capacity.
© RIA Novosti . Alexander Kryazhev
Russia Set to Expand Civilian Aircraft Production Nearly Five-Fold by 2025
The Ministry of Industry and Trade has been tasked by the Russian government with the creation of a mechanism to guarantee the residual value for the planes, which will improve their global competitiveness in terms of leasing agreements and thus increase the presence of Russian aircraft on the world market. For this, the government plans to pay out compensation to leasing companies whose planes' value falls to less than 40 percent of its initial price over a 12 year period.
...
Reddit
Google+
Blogger
Pinterest
StumbleUpon
Telegram
WhatsApp
154