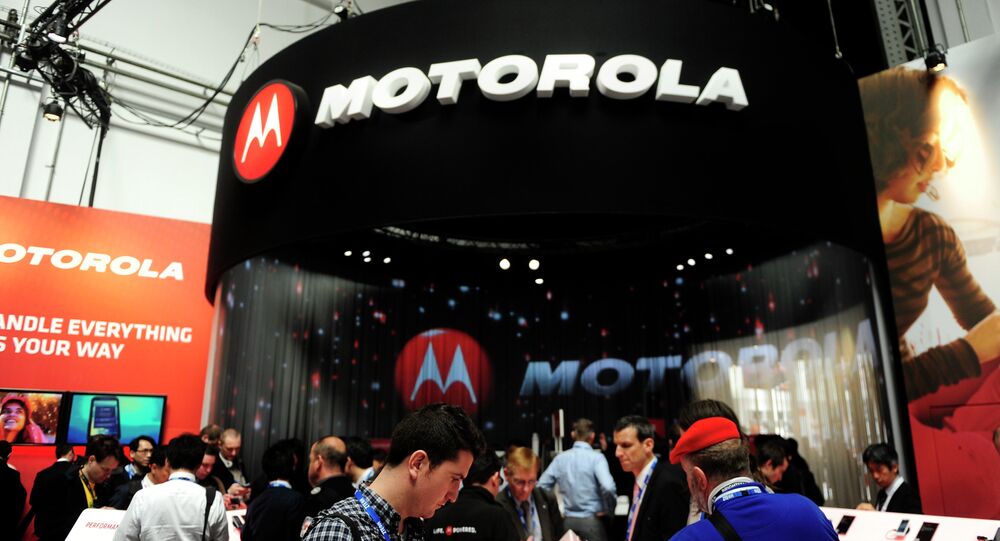 Motorala Solutions Inc., the last remaining piece of the 87 year old company, is looking for a buyer after experiencing a downturn in fortunes.

© AP Photo
CES 2015: Year of #WearableTech
The remainder of telecommunications giant Motorola Inc., which at its height in 2000 had 150,000 employees worldwide and sales of $37.9 billion, is seeking a buyer, reports Bloomberg, a step which spells the end of the once dominant brand as an independent company.

"Motorola Solutions is working with financial advisers as it seeks a buyer," sources in the firm told the agency. "A transaction isn’t imminent, though a sale process has been under way for several months," the report reveals.

Motorola Solutions Inc., is the remaining independent part of the Motorola brand, and produces data- and telecommunications equipment including wireless networks, two-way radios and barcode scanners for government and retailers. According to Bloomberg, stock in the company jumped as much as 8.3 percent to $70 in afterhours trading on Friday as news of a possible sale hit.

In October 2014 Lenovo acquired the Motorola Mobility mobile phone unit for $2.9 billion, giving the Chinese firm access to around 2,000 patents and licenses for several more. Lenovo bought the division from previous owner Google, which completed the deal to buy Motorola in May 2012 for $12.5 billion in the hope of increasing its share of the market in handsets.

Google's plunge however did not pay off and was a rare setback for the corporation, which after the sale to Lenovo remained in possession of the majority of Motorola's patents and its Advanced Technologies & Projects unit.

The fracturing of Motorola is just one example of the dynamism of the highly profitable market in mobile devices, which netted market leader Apple sales of 74.5 million iPhone units in the last three months of 2014 alone.

In January, the BBC reported on the decline of Finnish mobile phone giant Nokia, which sold its devices unit and its Nokia House headquarters to Microsoft in November 2013 for $7 billion. This resulted in a surge of successful Finnish ICT startups rising from its ashes, particularly in the field of mobile technology with new projects such as mobile game developer Supercell attracting investment of €1.3 billion ($1.47 billion US) from Japanese firm Softbank.