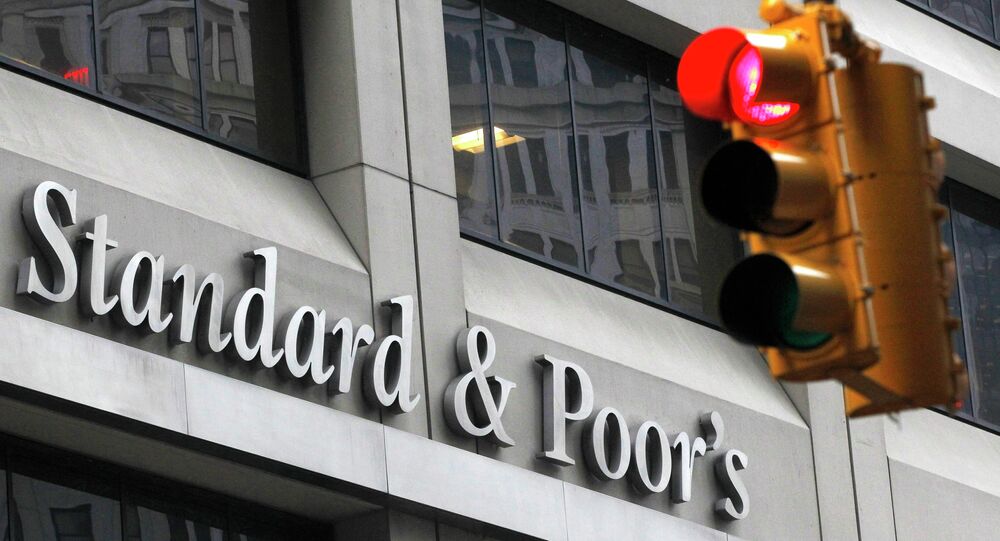 Standard & Poor's has downgraded Greece's long-term credit rating by one notch to B-.

"The downgrade reflects our view that the liquidity constraints weighing on Greece's banks and its economy have narrowed the timeframe during which the new government can reach an agreement on a financing programme with its official creditors," the statement read.

S&P placed Greece's long- and short-term sovereign rating on a credit watch last Thursday, keeping the possibility of further downgrades. A final decision is expected to be published on March 13.

Earlier on Thursday, the European Central Bank announced it would no longer accept Greek government bonds, as collateral in lending operations with commercial banks starting next Wednesday.

Greece's debt to the troika, made up of the International Monetary Fund, the European Union and the European Central Bank, amounts to more than $270 billion.

S&P is the world's largest credit rating agency which, along with Fitch and Moody's, accounts for nearly 95 percent of credit ratings around the world.