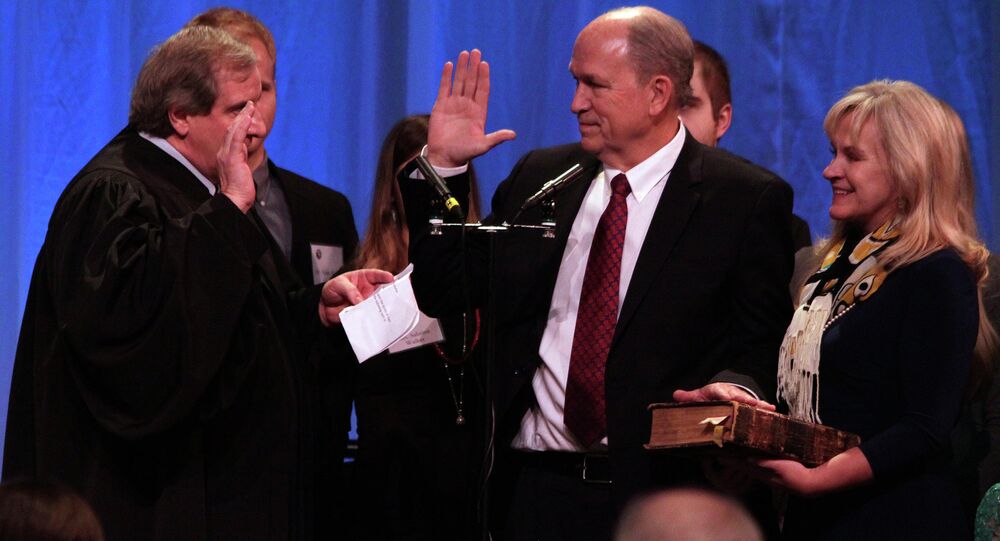 The governor said although he did not want to present the proposal, it was a necessary step considering that Alaska is going through tough times with a large budget deficit due to falling oil prices.

“It’s one that hurts. We have roughly a $10-million-a-day deficit, we had to do something. We had to make some step forward.” – Walker said during a news conference, as cited by Fairbanks Daily News.

© AP Photo / Gene J. Puskar
Low Oil Prices Cause US Industrial Unrest, Union Calls For Refinery Strike
Along with the job cuts, the government of Alaska reduced a number of social services that the state used to provide, including elimination of funding for community jails and large cuts in healthcare programs, Fairbanks Daily News informs.

The move was caused by the plunge in oil prices. Alaskan North Slope oil price is currently around $50 a barrel, while it was $107 a barrel, when Alaskan lawmakers ended their last session in April, Bismarck Tribune says.

Despite the budget cuts and massive job losses, Governor Walker tried to stay positive. He stated that the current fiscal situation is an opportunity to bring constructive change into the Alaskan government and added that the state will eventually find a way out of the crisis.