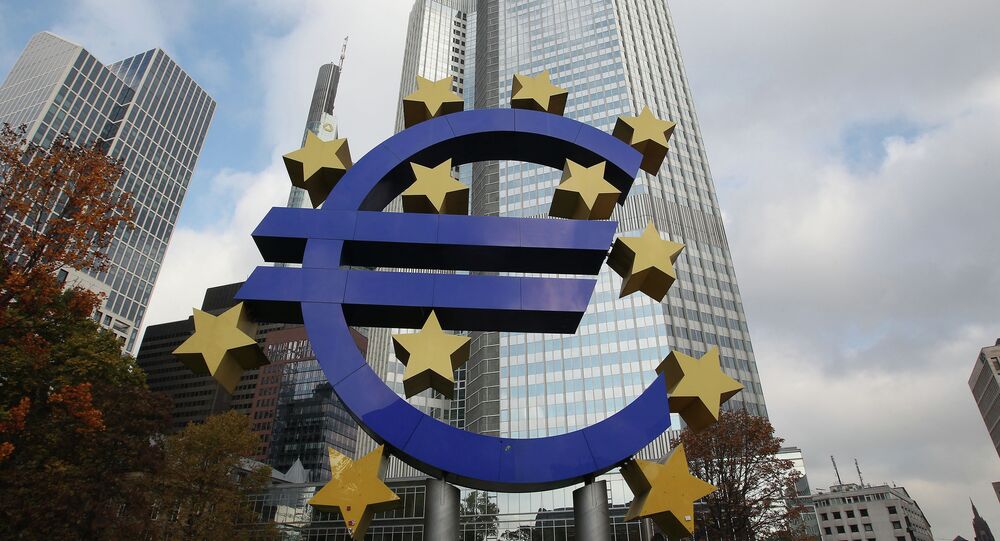 The European Central Bank is pushing the Eurogroup to promptly seal a new mutually beneficial deal between Greece and its partners, Greece's Finance Ministry said.

"By taking and announcing this decision, the European Central Bank is pushing the Eurogroup to promptly seal a new mutually beneficial deal between Greece and its partners", said the document.

The document explains that the ECB decision will mean Greek lenders will have to revert to borrowing via Emergency Liquidity Assistance (ELA), which is provided by the Bank of Greece, but it will not affect the country's financial sector, which has shown "substantial stabilization" in the last two days.

© REUTERS / Marko Djurica
Greek Finance Minister Rules Out Asking Russia for Financial Aid
"According to the ECB itself, the Greek banking system remains adequately capitalized and fully protected due to its access to ELA", the statement reads.

The Finance Ministry also underlines that the government has been widening the scope of its negotiations with various institutions and partners on an everyday basis, as it "remains focused on the targets of its social relief program, which the Greek people approved with their vote".

The ECB decided to stop accepting Greek government bonds as collateral to lend to commercial banks from February 11.

Newly-elected Greek Prime Minister Alexis Tsipras and his left-wing party Syriza won the general election in Greece in January largely due to promises to renegotiate Greece's bailout conditions with international lenders and stop unpopular austerity measures. Following its victory in the election, the party quickly allied themselves with the right-wing Independent Greeks party, which gave the coalition a majority in the Greek parliament.