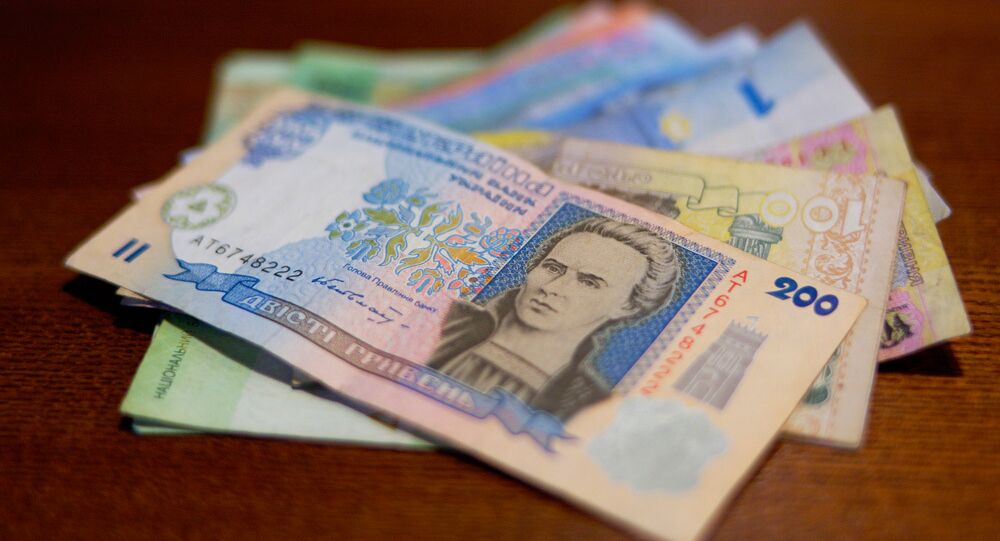 The Ukrainian Central Bank has announced on Thursday that it could no longer support the national currency, hrivnia.

The Ukrainian Central Bank has dramatically increased the discount rate from 14 percent to 19.5 percent per annum. The decision was announced Thursday by the head of the Central Bank Valeria Hontareva at a press conference in Kiev.

Immedeately after the announcement hryvnia lost 34 percent against the US dollar.

© REUTERS / Akintunde Akinleye
Kerry Reportedly Suspends Ukraine's IMF Credit Line Over Lack of Reform
The country's banks will determine the rate based on market supply and demand. These decisions have been made in order to switch to inflation targeting.

Moreover, all future currency auctions have been canceled until indicative exchange rate for hryvnia are determined.

On January 28, Washington and Kiev signed a declaration on cooperating in providing loan guarantees, with the United States giving Ukraine $2 billion.

Happening to Ukrainian #Hryvnia right now while John Kerry is arriving in Kiev for talks. The market is panicking pic.twitter.com/P8s40O3K3t

© AFP 2020 / SERGEI SUPINSKY
Ukraine Finance Minister Says Kiev Discusses With IMF Solely Short-Term Program at Present
Following the February coup, the newly installed Kiev authorities launched a military campaign against independence supporters in the country's southeast. The events in the country resulted in an almost 10-percent decline in GDP, while the hryvnia lost about half its value.

Western financial institutions and individual donors have promised Kiev billions of dollars in credit to revive its economy and to undertake structural reforms. The International Monetary Fund (IMF) has pledged to allocate $17 billion in loans over a two-year period, while Brussels offered $2.1 billion.