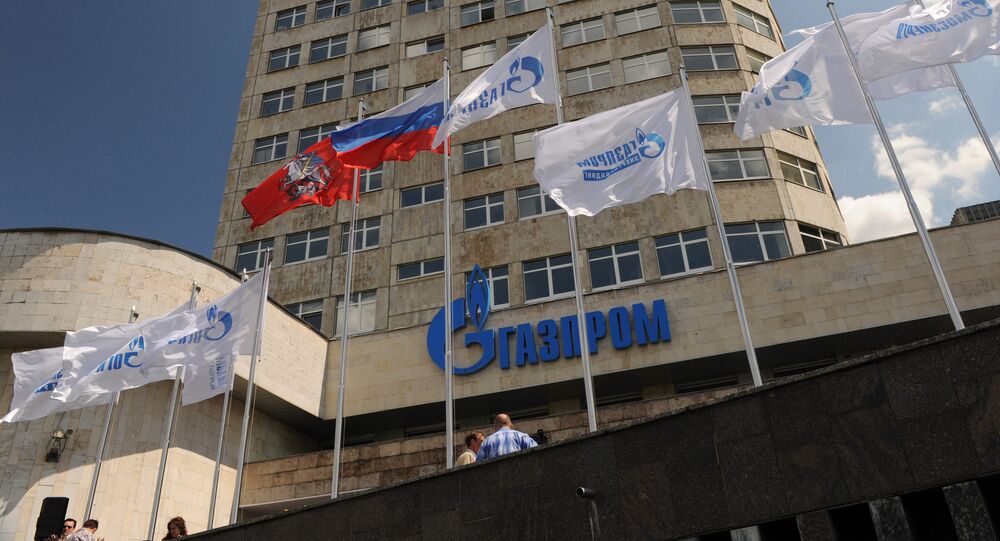 Deputy Chairman and head of the Gazprom finance and economics department said that Russian energy giant is discussing long-term loans with several banks, including in China and other Asian countries.

© Sputnik / Egor Aleyev
Gazprom Expects 5-8% Rise in Gas Exports to Europe in 2015-2017
“When it comes to ‘long’ money, we are currently negotiating with major Chinese banks. The talks are constructive, in my opinion,” Kruglov said, speaking at an investment conference in Hong Kong.

“When it comes to Chinese banks, we may announce good news in the near future,” he added.

US and EU sanctions against Moscow over its alleged involvement in the Ukrainian crisis have barred a number of Russian entities from taking long-term and mid-term loans on Western markets, prompting the sanctioned companies to turn to Asia instead.

While Gazprom, the world’s largest gas extractor, is not included on western sanctions lists, its oil producing daughter company Gazprom Neft has been targeted by EU and US restrictive measures.