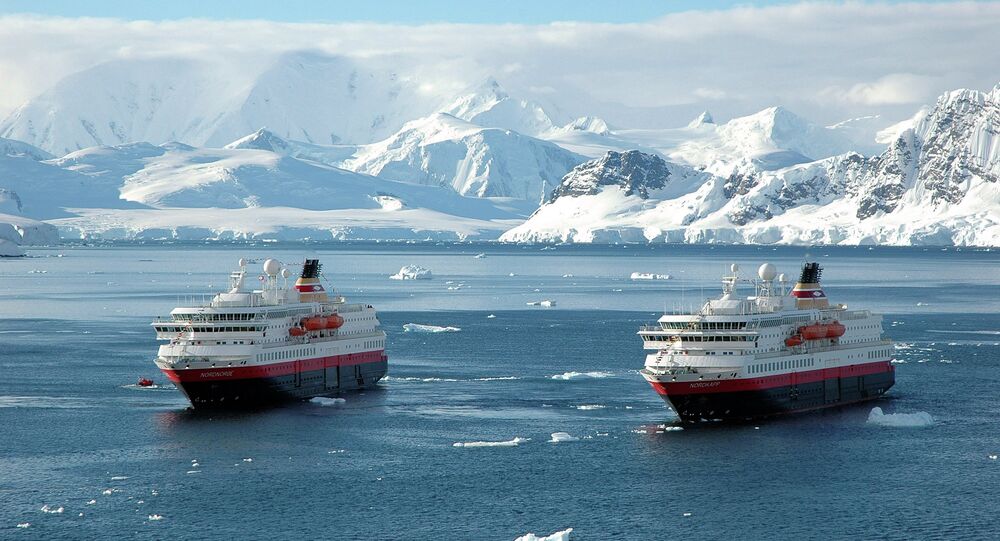 The Norwegian Hurtigruten cruise line is going to launch new routes to the Russian extreme north and the Antarctic, according to the company's CEO Daniel Skjeldam.

“The interest in our offers in the Arctic and the Antarctic has increased,” Hurtigruten’s CEO Daniel Skjeldam said.

The cruise line, which currently offers tours to the northern Norwegian archipelago of Svalbard, now seeks to expand its tours to include the Franz Josef Land and Novaya Zemlya archipelagos in Russia’s extreme north, according to the CEO.

© Sputnik / Valeria Yarmolenko
Russia and Norway to Sign Arctic Ecosystems Conservation Declaration
“Russian authorities are interested, and we are preparing an expedition cruise to these areas, as well as the White Sea,” Skjeldam said.

The Norwegian company envisions the new Arctic cruises including academic lectures on local culture, nature and history, and passengers being transferred to small boats to experience places that are otherwise hard to reach.

Skjeldam is currently visiting London, where he is meeting with the company’s new main shareholder, equity firm TDR Capital. The British firm acquired 90 percent of Hurtigruten's shares in December 2014 and is now interested in introducing new northern cruise destinations.

Hurtigruten, which translates from Norwegian as “express route”, has been operating in Norway for more than a century. The cruise line is best known for its classic voyage along the Norwegian coast from the southwestern city of Bergen to the northern city of Kirkenes near the Russian border.