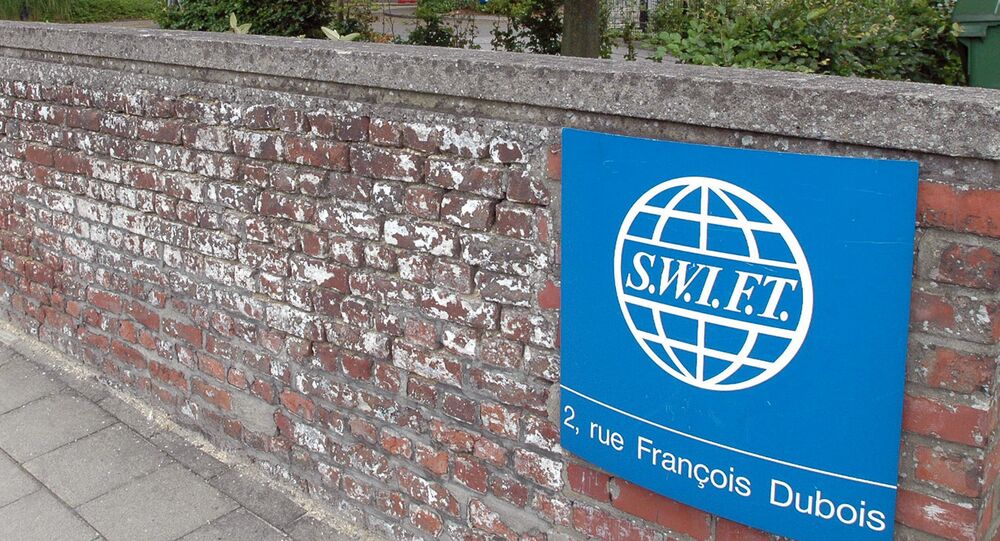 © Photo : https://twitter.com/swiftcommunity/
West to Face Risks If Disconnects Russia From SWIFT Payment System
“I would pay a lot of attention to the decision to exclude Russia from the international SWIFT payment system, because it will paralyze the world’s economy. We will all suffer, if the Russian economy collapses. The locking out of SWIFT means isolation of the country,” Straujuma said.

President of the Association of Russian Banks Garegin Tosunyan said earlier in the day, during his conference at RIA Novosti, that the exclusion of Russia from SWIFT will benefit no one, adding that such statements are a form of blackmailing.

"I think that there is an element of political speculation… I hope that the emotions will go, and all this will remain only as a form of blackmailing," Tosunyan said.

In response, the Russia's Central Bank said the country might introduce alternative channels of interbank communications to replace SWIFT.

During the past weeks, several reports appeared in Western media, speculating that exclusion of Russia from the SWIFT may be discussed soon. In response to those statements, Russian Prime Minister Dmitry Medvedev said that if the SWIFT payment system were to be targeted to apply pressure on the country, Russia's reaction would be "unlimited".