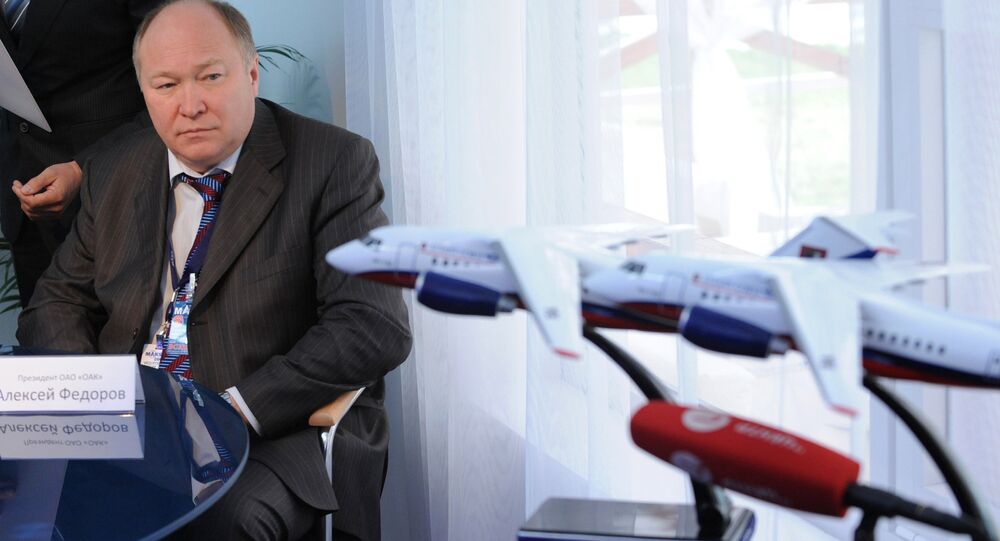 Russia and China plan on investing $13 billion into a joint long-range passenger airplane project. If things work out as planned, the new plane will go into production in 2025.

© Sputnik / Anton Denisov
Putin Expresses Confidence for New Russia-China Projects in 2015: Kremlin
According to Yury Slusar, the jumbo jet will be built in cooperation with the Commercial Aircraft Corporation of China (Comac) and financed by the two sides on an equal basis. A working group established earlier is expected to prepare the aircraft's preliminary design this year, the UAC head noted.

Details of the cooperation are in the works, however Slusar speculated that Russia may take on the manufacture of the airliner's composite wing, while China may build its fuselage. The engine, he said, could be left to an outside manufacturer since Russia has no production plans for engines of this kind.

Slusar said the plane will undergo its first test flight in 2021 and is expected to go into production in 2025.

Deals for a wide-body passenger aircraft and modern transport helicopter were inked by Moscow and Beijing on June 6, 2014.