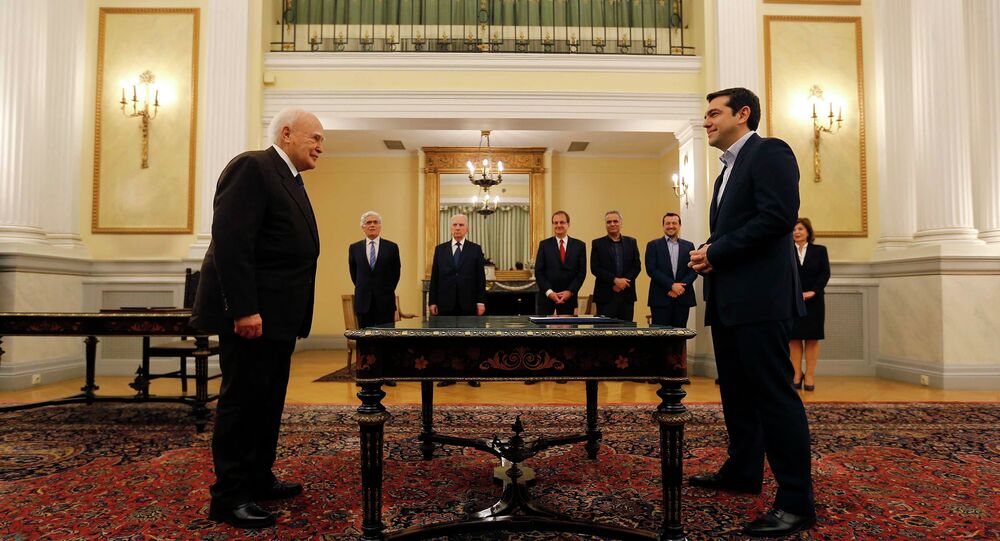 S&P warned that "if the new Greek government fails to agree with official creditors on further financial support, this would further weaken Greece's creditworthiness" and would prompt the agency to lower the country's B/B sovereign debt ratings.

"The CreditWatch placement reflects our view that some of the economic and budgetary policies advocated by the newly elected Greek government, led by the left-wing Syriza party, are incompatible with the policy framework agreed between the previous government and official creditors," S&P said in a press release Wednesday.

S&P warned that "if the new Greek government fails to agree with official creditors on further financial support, this would further weaken Greece's creditworthiness" and would prompt the agency to lower the country's B/B sovereign debt ratings.

Do you believe SYRIZA can fix Greek economy?
Voted: 1257
All polls
In 2009, S&P came under fire for downgrading Greece's credit rating, in a move that contributed to the country's economic meltdown. Greece was the first Eurozone country to have its debt rating slashed to junk, despite protests from Brussels.

The European Union has criticized the agency for labeling Greece a risky investment, thereby driving up the cost of credits and scaring off potential investors.

Last Sunday parliamentary elections were held in Greece. Syriza secured victory in the elections and subsequently reached a coalition agreement with the right-wing Independent Greeks party.

The leader of Syriza Alexis Tsipras was sworn in as the new prime minister of Greece on Monday. Tsipras's main pledge during the election campaign was to renegotiate Greece's economic crisis bailout terms without leaving the Eurozone.