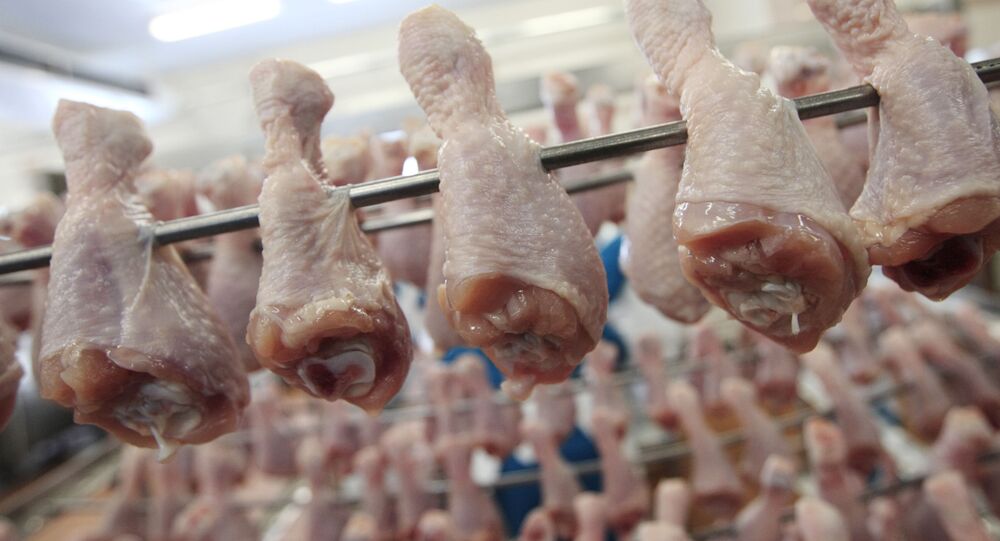 India blocked import of chicken from the US in 2007 following an outbreak of bird flu.

MOSCOW, January 28 (Sputnik) – India challenged a WTO ruling to lift the ban on poultry imports from the United States as it stands accused of protecting its domestic producers on the basis of supposedly false scientific findings, the Business Insider reports.

India blocked import of chicken from the US as an alleged precaution following an outbreak of bird flu. The virus, also known as avian influenza, spreads easily among chicken in overcrowded spaces. However, in October, WTO said that the ban violated rules of free trade and was not based on scientific evidence, according to the Times of India.

"What India has done during those six years is allow its domestic producers to engage in poultry trade without meaningful [bird flu] restrictions, while imposing trade bans on producers from foreign countries whenever they notify the presence of [virus]," WTO panel said in a report on the issue, released in October 2014.

India and the United States are among the largest producers of poultry globally. However, chicken legs from the US are significantly cheaper than India’s produce.

US poultry producers estimate that they could earn up to $300 million annually in India, according to the International Business Times.