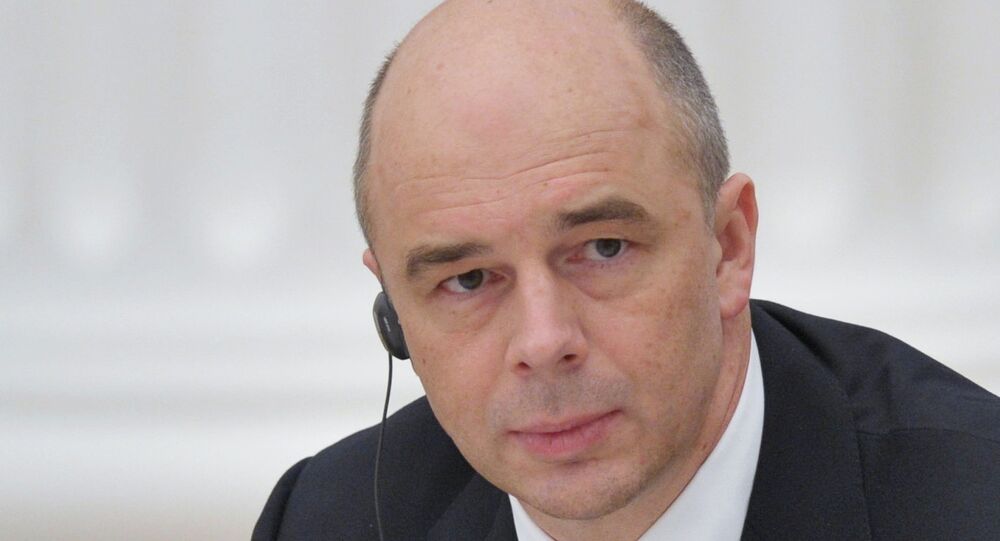 Russian finance minister said that the financing of future projects would be reconsidered in the following years and in most cases cut by half.

“We suggest concentrating our investment expenditures, reviewing them,” the minister told the Federation Council.

He suggested that all major construction projects scheduled for completion this year should receive financing in full. Finance planning for future projects will be reviewed and, in most cases, cut by half, the minister continued.

“The launch of all new construction projects should be postponed for the time being,” Siluanov added.

The finance minister stressed that Russia would not cut investment to its Crimea Republic, a Russian-majority area which voted last March to secede from Ukraine. Building projects will not be frozen in Sevastopol, Crimea's special status city on the Black Sea.

The Russian budget relies largely on oil revenues, which slumped in the second half of 2014 due to global overproduction.

© Sputnik / Valery Melnikov
Finance Minister Says S&P Rating Action on Russia 'Excessively Pessimistic'
“The currency exchange rate is weak causing inflation to increase. We see inflation coming from the year-on-year calculations: today it is at around 12.5 [percent] already,” Siluanov said during a session in the country’s upper house of parliament, the Federation Council.

Siluanov added that the country needed to decrease its budget spending in order not to drive inflation.

“Our economy needs to be adapted to the new conditions in domestic demand. We cannot hold this volume of demand when there’s a decrease in supply. Our imports have decreased as have our volumes in the economy. We cannot have as much budget expenses as commercial demand…this will lead to inflation,” Siluanov said.

“If we fail to optimize the expenditures now, if we keep the allocation of [financial] resources at the present level, we may lose these funds in 1.5-2 years,” the minister said.

“One of our main tasks at the moment is to preserve these reserves, to preserve the financial stability of the state that was created in recent years,” he went on.

Russia's economy is currently suffering from a sharp decline in global oil prices, given that the country's budget is largely dependent on energy exports. Russia is also affected by Western sanctions imposed on Moscow over the Ukrainian crisis. The ruble has lost approximately half its value against the dollar since mid-2014.

Earlier on Wednesday, the Russian government published an anti-crisis plan designed to ensure economic development and social stability in the time of unfavorable economic conditions. The plan stipulates that Russia's expenses will shrink at a rate of 5 percent a year over the next few years in order for the budget to balance by 2017.