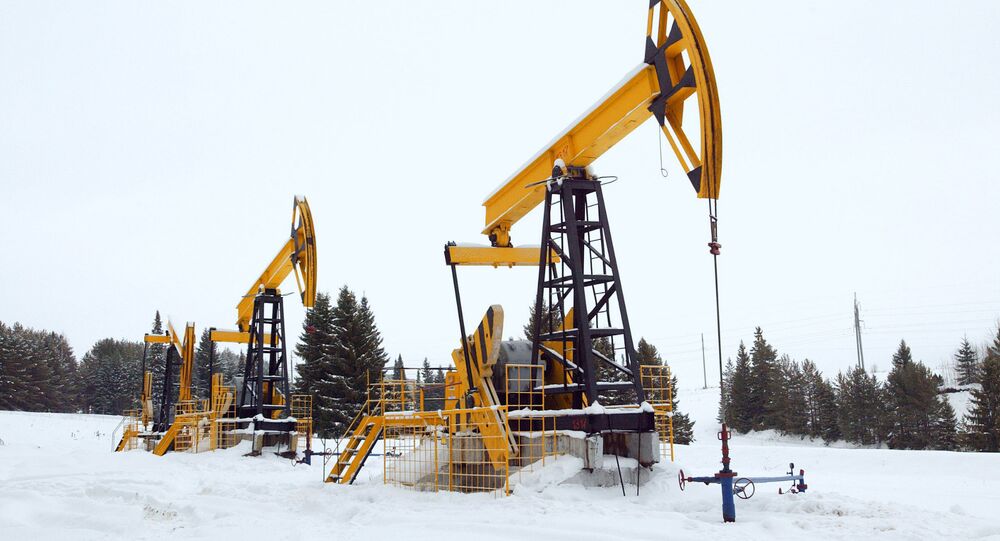 The Russian oil giant will try to defend its right to acquire equipment and technology on European markets. The currently active sanctions prohibit this business.

© Sputnik / Vladimir Astapkovich
BP, Rosneft Postpone Joint Venture Amid Sanctions
MOSCOW, January 27 (Sputnik) – Lord Justice Beatson and Mr. Justice Green will hold hearings on Tuesday-Thursday after Russian oil company Rosneft asked to block the move to make it a crime in the United Kingdom to breach sanctions imposed by the West on Russia.

"This hearing has two purposes. The first is to decide the application of OJSC Rosneft Oil Company ('Rosneft') for interim relief pending the hearing of its application for judicial review. The challenge is to UK secondary legislation giving effect to the sanctions imposed by the EU," a court statement, announcing the hearing, says.

"The application for interim relief concerns the part of the secondary legislation prohibiting or restricting the supply of sensitive equipment and technology and services for types of oil exploration by Russian entities or entities operating in Russia. The second purpose of this hearing is for directions for the further conduct of these proceedings," the statement adds.

Case proceedings were first filed on November 20, 2014, when Rosneft asked two judges, Lord Justice Beatson and Mr Justice Simon, to block the move to make it a crime in the UK to breach international sanctions imposed on Russian companies.

In October, Rosneft filed a case against the European Council in the general court under the European Court of Justice requesting an annulment of the council's July 31 decision that barred it and other Russian energy companies and state banks from raising funds on European capital markets.

© Sputnik / Grigory Sysoev
Rosneft Challenges Gazprom Monopoly Over China Gas Sales
A number of Western countries, including EU member-states, have introduced several rounds of economic sanctions against Russia over its alleged involvement in the Ukrainian crisis, a claim Moscow has repeatedly denied.

The restrictions target Russia's banking, oil and defense sectors and ban the provision of technical and other assistance to Russian companies in the field of oil exploration and production.

Rosneft is one of the Russian companies targeted by the Western sanctions. Its activities include hydrocarbon exploration and production, upstream offshore projects and hydrocarbon refining.

Privatization of Rosneft Not to Occur in 2014, Issue Remains Open for 2015