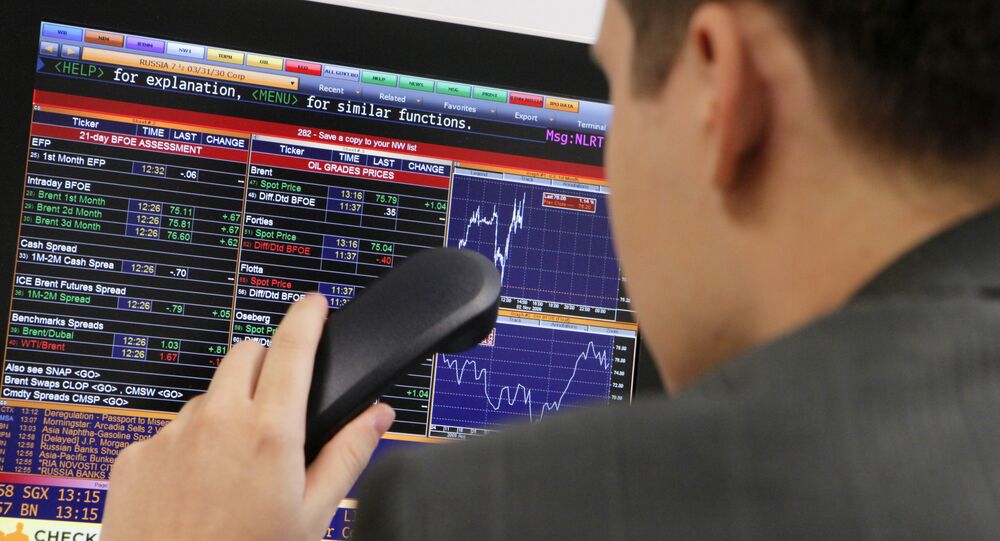 A “junk” status rating suggests that a country or a company is likely to default on its debt. The so-called “junk” bonds, unlike investment grade bonds, are not generally legal for purchase by banks.

"In our view, the Russian Federation's monetary policy flexibility has weakened, as have its economic growth prospects," the agency said in a statement.

© Sputnik / Vladimir Pesnya
Fitch Downgrades Russian Credit Rating Amid Falling Oil Prices
"The outlook is negative, reflecting our view that Russia's monetary policy flexibility could diminish further," the agency affirmed, adding that the ratings could be lowered further if Russia's external and fiscal buffers deteriorate over the next 12 months faster than expected.

In the beginning of 2015, two other prominent international ratings agencies — Fitch and Moody's — downgraded Russia's long- and short-term sovereign credit ratings to just a notch above “junk” status, citing the sharp decline in oil prices and Russia's deteriorating financial flexibility.

A “junk” status rating suggests that a country or a company is likely to default on its debt. The so-called “junk” bonds, unlike investment grade bonds, are not generally legal for purchase by banks.

In light of the news, the already weakened Russian ruble started to slip against the dollar and the euro.