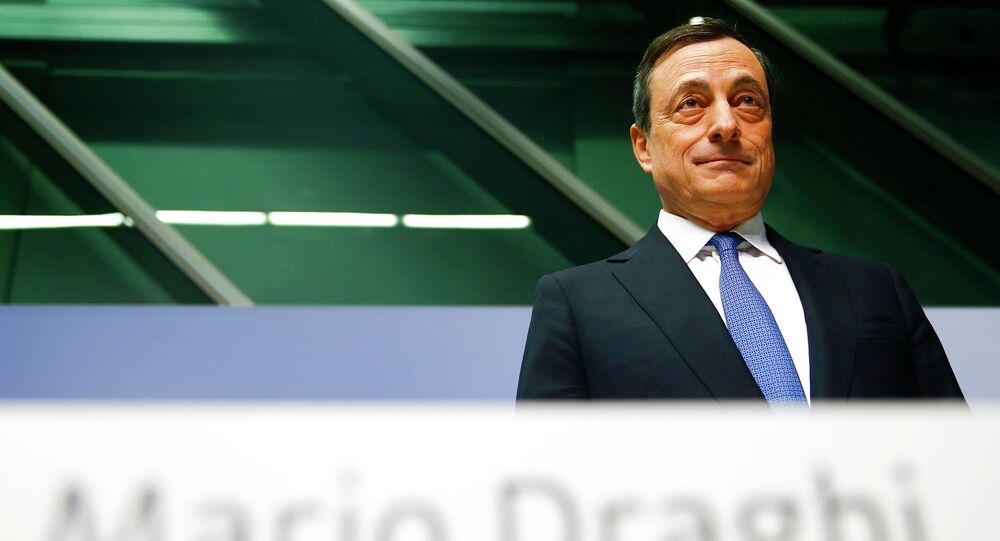 The head of the European Central Bank (ECB) Mario Draghi announced a launch of extended 60-billion-euro per month bond-buying program. The program is due to start in March and is expected to end in September 2016.

The program is due to start in March and is expected to end in September 2016.

© Sputnik / Ruslan Krivobok
Euro Hits Nine-Year Low Against Dollar on ECB, Greece
Prior to the ECB’s announcement, the Euro was trading at 1,16 to the US national currency.

Mitch Feierstein, a hedge-fund manager and chief executive of the Glacier Environmental Fund Limited, has described the ECB decision on QE as a “Ponzi scheme akin to Monetary Heroin.”

© Flickr / drpavloff
Reform and Adjust or Fade Away: Global Economic Prospects for 2015
Feierstein compared the injection of the money into the Eurozone’s ailing economy to the fate of heroin, branded as a “safe, non-addictive” substitute for morphine by Bayer at the turn of the twentieth century. Even though Bayer terminated its global sales of heroin in 1913, as the company realized the unintended consequences of its use, the drug was not withdrawn or made illegal in US markets until 1924.