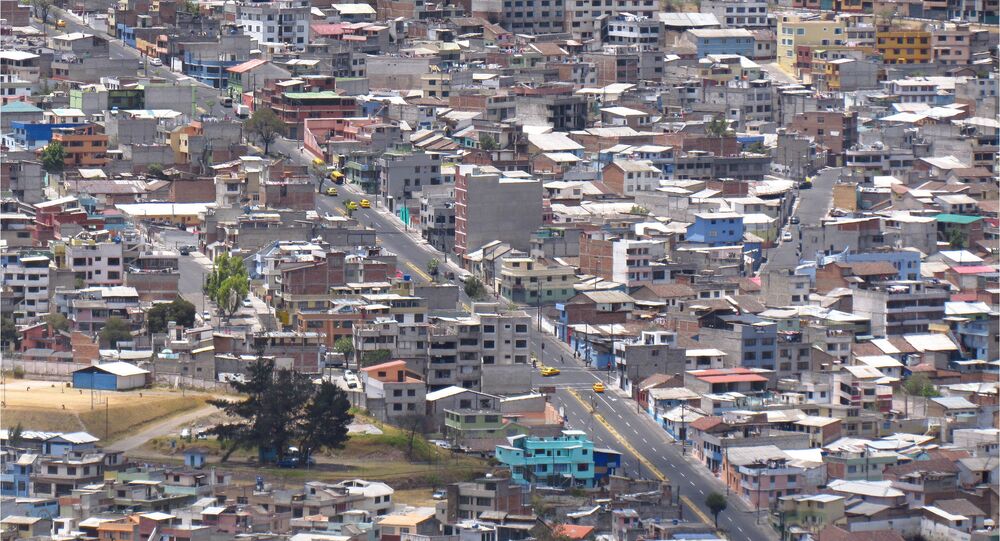 Ecuadorian Ambassador to Russia Patricio Alberto Chavez Zavala stated that Russia and Ecuador should adopt financial mechanisms that will reduce their dependence on the dollar for international trade.

© Sputnik / Valeriy Melnikov
Ecuador to Provide Assange With Asylum for 'As Long As Necessary'
MOSCOW, January 22 (Sputnik) — Russia and Ecuador should adopt financial mechanisms that will reduce their dependence on the dollar for international trade, Ecuadorian Ambassador to Russia Patricio Alberto Chavez Zavala told Sputnik.

"It is important for our countries to create new mechanisms of financial compensation, which would help us depend on the purchase of the dollar less in trade. Russia and Ecuador must seek to establish a system of payment in national currencies," Zavala said in an interview.

The diplomat also noted that the strengthening of the dollar negatively affects the country's exports denominated in the currency, with Ecuadorian goods becoming more expensive and therefore less competitive on the global market.

"Ecuador is ranked third among Russia's Latin American trade partners and there's no precedent that would deteriorate our excellent relations," the ambassador said.

The diplomat noted that more and more nations are striving for economic sovereignty, limiting the influence of the dollar. "There is no other choice in the future. Today, Russia, BRICS and CELAC [Community of Latin American and Caribbean States] have put this into question," he said.

Since 2010, ALBA, or the Bolivarian Alliance for the Peoples of Our America, which includes Cuba, Ecuador and Venezuela, has been using the regional currency SUCRE (Unified System for Regional Compensation) in cashless settlements among member nations.

Ecuador to Provide Assange With Asylum for 'As Long As Necessary'

Ecuador to Allow Indefinite Reelection of President: ‘No Referendum Issue’