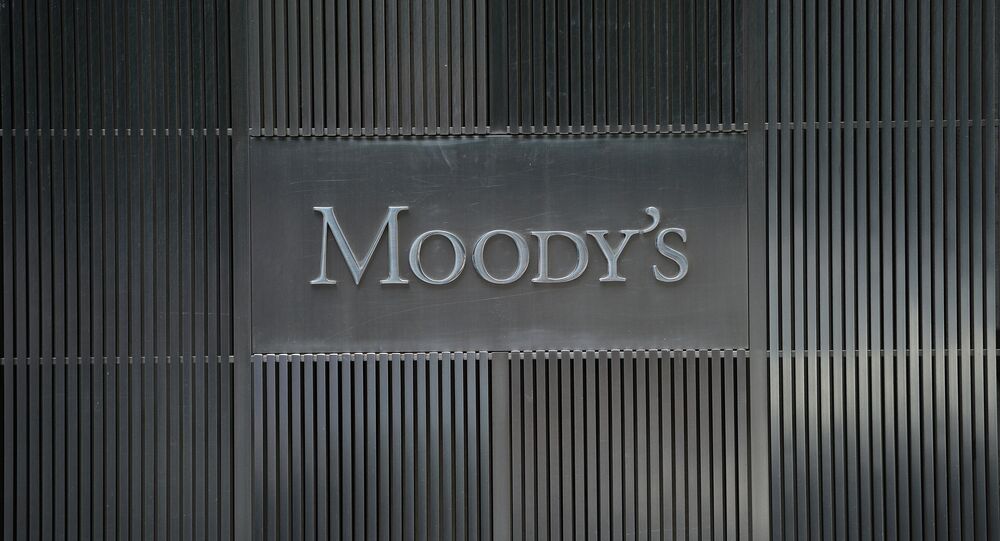 "Today's rating action on Gazprom has been prompted by (1) the weakening of Russia's credit profile, as captured by Moody's downgrade of the sovereign to Baa3 from Baa2; (2) concerns that, given current economic conditions, the probability of negative government intervention has increased in Gazprom's business operations; and (3) the possibility that the company's operations may become less insulated from potential sovereign stress," the agency said in a statement.

"Today's action follows the weakening of Russia's credit profile, as reflected by Moody's downgrade of Russia's government bond rating to Baa3/Prime 3 (P-3) from Baa2/Prime 2 (P-2) on Friday 16 January and its placement of the rating on review for further downgrade," the agency noted.

The list comprises Russia's largest lender Sberbank, as well as Vnesheconombank and the Agency for Housing Mortgage Lending OJSC.

On January 16, Moody's downgraded Russia's government bond rating to Baa3 from Baa2 and placed it under review for further a downgrade.

Moody’s based its decision on the fact that Russia’s economy had been affected by “severe oil price and exchange rate shock”, saying that these factors may further undermine the prospects for the country’s economy growth.

The Russian economy is now facing a backlash from Western sanctions that were imposed on Moscow over Ukraine, although the Kremlin has repeatedly denied any involvement in the country's internal crisis. Another reason for the downturn is a sharp decline in oil prices, as Russian budget is highly dependent on energy exports.