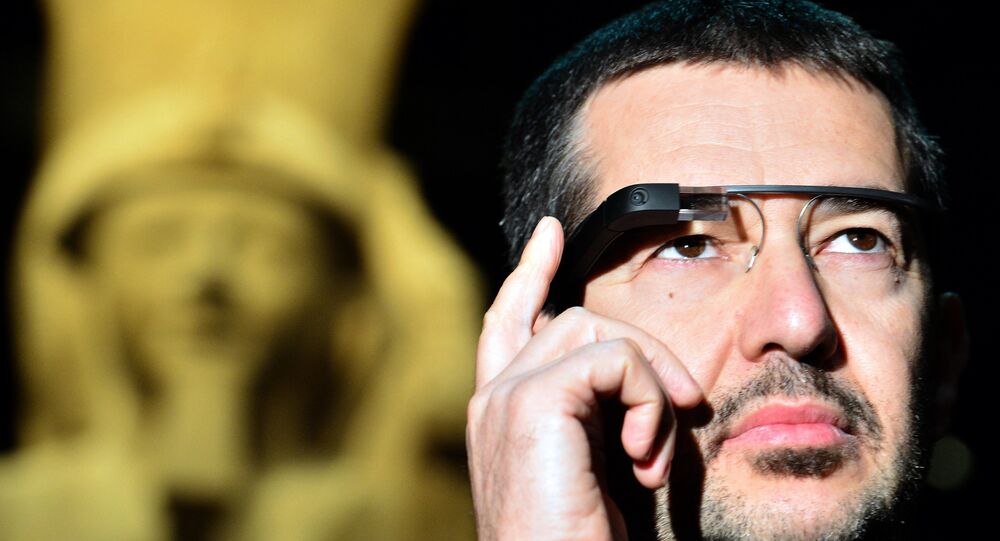 The project has moved onto commercial applications following a company decision that it isn't fit for the consumer market.

© Photo : google.com/glass
Google Glass Sees Preemptive Pushback in US
MOSCOW, January 16 (Sputnik) – Google has decided to end its pilot program for Google Glass, the wearable gadget that allows users to communicate with it by voice and take photos and video with its integrated camera, according to a post on the company's blog.

"Glass at Work has been growing and we’re seeing incredible developments with Glass in the workplace," the Google Glass blog announced, indicating a shift toward professional applications, rather than plans to market the gadget as a consumer product. Sales of the gadget will be halted on January 19, as the project transitions to the new design concept, according to the project's blog.

Dubai Police to Equip Officers with Google Glass
According to the Wall Street Journal, Tony Fadell, a former Apple employee who designed the iPod and was hired by Google after the company bought his startup that creates smart-home devices, has been brought in to curate the project.

Google Glass' test run faced many hurdles, according to Wired, as early adopters of the device had run into difficulties with public acceptance of the device, leading Google to put out a guide on using the device in public, and asking users to not be "Glassholes."

Google Glass also ended up raising privacy concerns as bars and restaurants began banning wearing the device on their premises, according to the BBC.

The project's blog announced that "we’re continuing to build for the future, and you’ll start to see future versions of Glass when they’re ready." According to the BBC, the Google Glass prototype's high cost, at $1,500, as well as its short battery life contributed to the project's demise. Google Glass will continue to be sold to companies as it adjusts to its new mission, according to the newspaper San Francisco Gate.