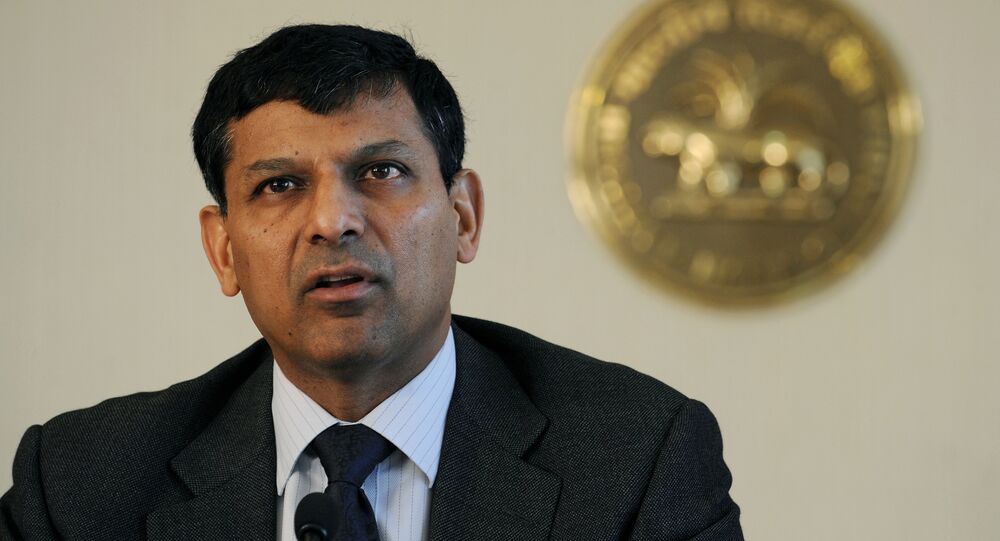 The Reserve Bank of India cuts key interest rate from 8 to 7.75 percent.

MOSCOW, January 15 (Sputnik) — The Reserve Bank of India announced Thursday it is cutting its key interest rate from 8 to 7.75 percent in order to stimulate economic growth, the bank's governor, Raghuram Rajan, said in a statement.

“Inflation outcomes have fallen significantly below the 8 percent targeted by January 2015. On current policy settings, inflation is likely to be below 6 percent by January 2016. These developments have provided headroom for a shift in the monetary policy stance,” the statement reads.

© Sputnik / Evgeny Pahomov
Energy Cooperation to Top Agenda of India-Russia Summit: Russian Ambassador
The interest rate cut was long awaited and was praised by India’s businessmen and investors, The Financial Times reported. The decrease of the rate is “a huge mood-lifter for investors who have been grappling with subdued demand conditions,” the director general of the Confederation of Indian Industries, Chandrajit Banerjee, was quoted as saying by the newspaper.

The interest rate cut matches the policies of the Prime Minister Narendra Modi’s government, who has instituted reforms aimed at stimulating economic growth and attracting foreign direct investment. Revitalizing the economy and creating more jobs for India's growing population was one of Modi’s campaign pledges that enabled his Bharatiya Janata party to win the general elections in May 2014.