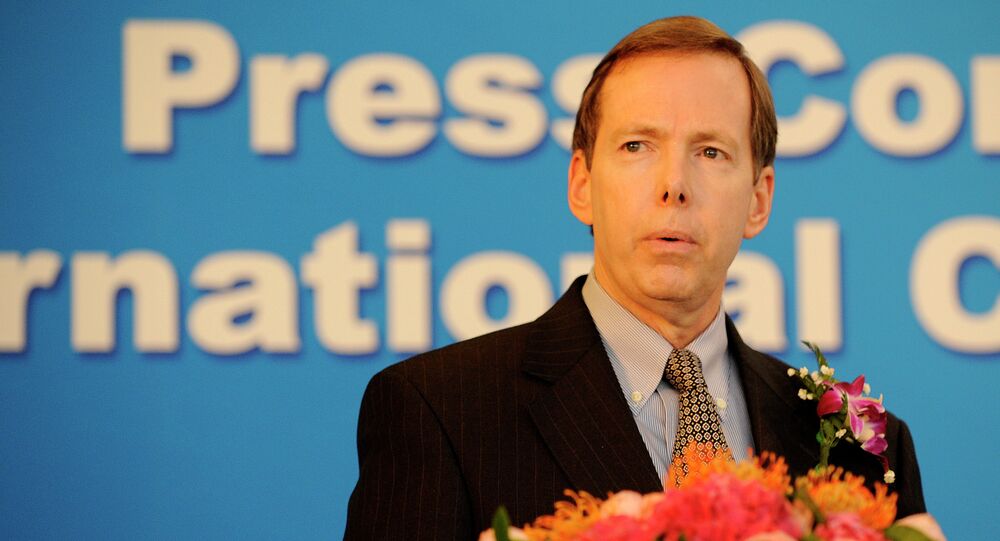 Sean Egan, the founder of Egan-Jones Ratings Company, considers the halving of petroleum prices over the past six months and the costs of Russia's military actions as the main reasons for Russia's credit rating downgrade by influential agency Fitch.

"There are two major concerns. One is the halving of petroleum prices over the past six months. And two is the costs of Russia's military actions," Egan said.

He stressed that, although military expenditure has grown in Russia, it was secondary to the dramatic drop of oil prices in recent months. He also elaborated on the consequences for Moscow in the short, medium and long term.

© Flickr / kavitakapoor
Fitch Decision to Downgrade Russia's Credit Rating Political Move: Lawmaker
"In the short term, some of the traditional funding sources for Russian firms are going to be restricted. So there'll be less money available from the counterparties of the Russian banks and financial institutions. And the cost of securing those funds is going to increase," Egan said.

In the medium term, Egan said the country's GDP will be affected, as the ability for companies to conduct business in Russia will be hampered. In the long term, there is a risk of foreign direct investment into Russia shrinking.

Egan added that there will be concerns about the possibility of conducting business in Russia, as foreign companies are worried about the increasing difficulty of repatriating their money.

Russia, with a budget that is largely dependent on energy exports, is currently facing an economic slowdown because of a global decline in oil prices. The ruble has recently hit historic lows amid the economic turmoil.