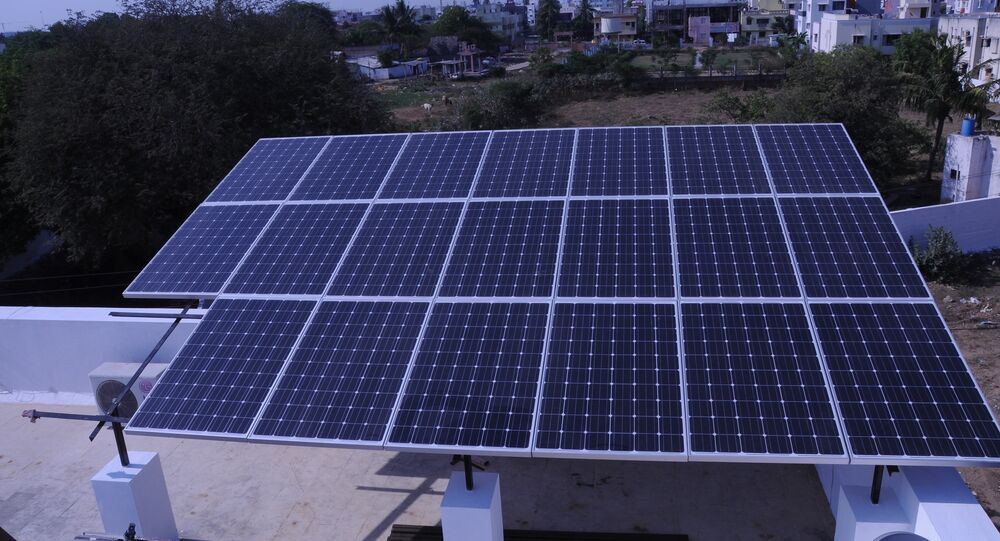 The project will contribute to India’s goal of boosting the clean and renewable energy sector, and will help create 20,000 jobs.

"We are happy to partner with SunEdison, a leading solar technology manufacturer, to build this facility which further integrates our power — renewable business value chain and has significant socio-economic benefits," Adani Power CEO Vneet Jaain said in a statement posted on its website Sunday.

© Sputnik / Sergey Guneev
Ban Ki-moon Praises Modi for Improving Socio-Economic Situation in India
According to the statement, the project would also contribute toward India’s goal of achieving independence in providing clean and renewable energy, as well as create 20,000 jobs.

© REUTERS / Niranjan Shrestha/Pool
Indian Government Will Be Restructured to Improve Its Function: Modi
The solar panel factory is to be constructed in the western state of Gujarat.

The deal comes amid Indian Prime Minister Narendra Modi’s plans to provide competitively priced and round-the-clock electricity across the country. The Modi administration aims for the country to be able to produce 100 gigawatts of solar power by 2022, compared to India's current solar power capacity of about 3 gigawatts.