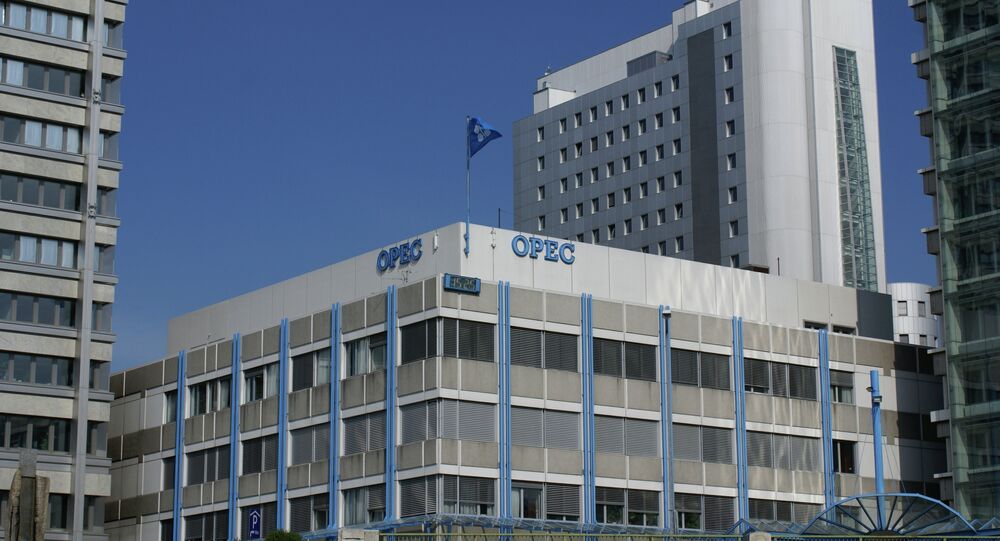 Analysts from the UBS global financial services company supposed that the Organization of the Petroleum Exporting Countries (OPEC) is unlikely to change its decision not to reduce oil production.

"Listening to the latest comments from Gulf countries, we think the probability of a supply cut in 1Q15 [first quarter of 2015] remains below 50 percent. Hence, the likelihood that a group of oil-producing countries outside OPEC would come to the rescue and help balance the market seems remote," the UBS Chief Investment Office said in a research paper, e-mailed to Sputnik.

UBS researchers also said that the "free fall" of prices of crude oil will continue, with no short-term price floor possible to predict at the moment.

© Sputnik
Iran to Triple Petrochemical Production to 180Mln Tons by 2022: Reports
On Wednesday, the price of Brent crude oil fell below $50 per barrel for the first time since 2009.

"Crude oil prices have dropped to new multi-year lows and below our negative three-month forecast. With OPEC leaving the market to itself, the consequences of this decision are becoming more and more visible: billions of forgone revenue for producers and dramatically lower oil-import bills for oil-consuming nations," analysts noted.

With the prices falling lower still and OPEC countries showing no sign of changing their minds, the pressure on other oil producing countries, in particular, the United States, to curtail extraction, is growing. Thus, increasing shale oil production in the United States becomes dangerous in the current context.

© Sputnik / Sergey Krasnouhov
Energy Trends of 2014: Oil Prices and Keystone XL
"Although another round of oil price decline… will increase the pressure for an OPEC emergency cut, the absence of such cuts shifts the adjustment burden on North America. Capital-spending cutbacks and less drilling activity are needed to stall supply growth," the UBS Chief Investment Office said.

Global oil prices have fallen by almost half compared to mid-2014 levels. In November 2014, OPEC decided to not change oil output levels, which led to a further slump in prices.

OPEC"s decision, which was heavily criticized even from within the organization, is widely regarded as a bid by the Gulf States to drive US shale oil out of the market by keeping prices at a low level. The Gulf States, unlike other OPEC members such as Iran and Venezuela, have significant currency reserves that allow them to balance the budgets in the time of crisis.