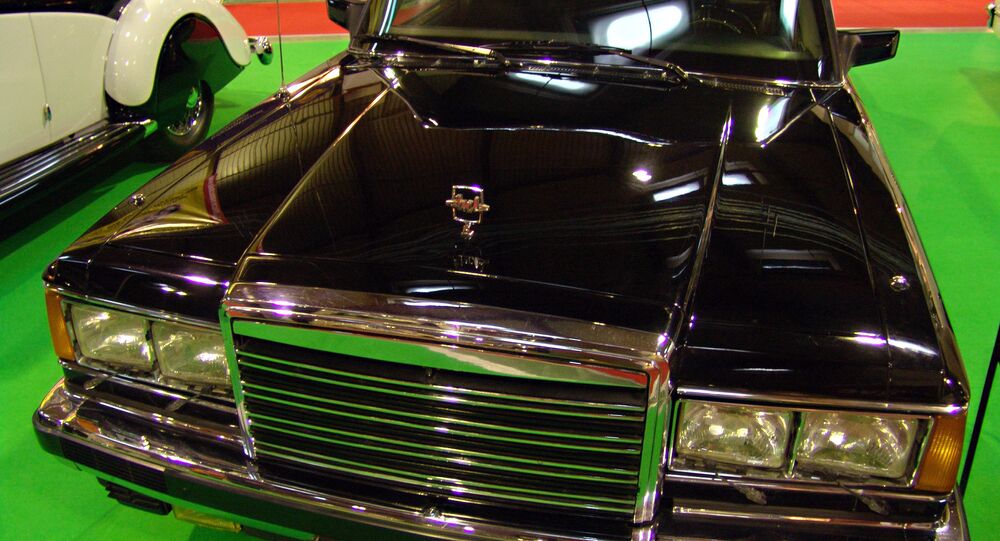 Sollers JSC automotive group has been chosen to deliver new automobiles for the Russian government, including a new SUV, a minivan, a business-class sedan and the new presidential limousine.

MOSCOW, January 5 (Sputnik) — Sollers Joint Stock Company has been chosen as the main producer of business and luxury-class vehicles for the Russian government, including the new Russian presidential limousine, the Minister of Industry and Trade, Denis Manturov, told Russian media last week.

"Recently we have accepted the final format for the implementation of serial production at Sollers. [The company] will organize the full-scale production of all models, including the SUV, the minivan, the sedan and the limousine [models], with the participation of Rostec and Rosavto, which will essentially play the role of the main business partners from the state's side, ensuring the subsequent development of this project." Manturov said in an interview for television station Rossiya 24.

The models are set be built on a new platform, which has been in development since 2013 by the NAMI Research Institute under the so-called "Cortege" project. They will include business and luxury-class SUVs, minivans, sedans and limousines. The Cortege project is designed to help create a modern manufacturing base for Russia's light automotive industry.

Participating alongside Sollers JSC are Rostec, a state corporation charged with promoting the development of high tech industrial products, as well as Russian car and truck manufacturers AvtoVAZ and KAMAZ, whose maintenance and dealer networks may be used for repair and delivery of the new vehicles, Komsomolskaya Pravda has explained. It had also earlier been reported that Porsche Engineering was also involved in the development of the vehicles for top officials.

© RIA Novosti . Yury Strelets
Russian Car Maker Accused of Cat Abuse, Asked to Adjust to Feline Needs
Earlier, competition for all or part of the Cortege project included the companies KamAZ, GAZ Group, ZIL, AvtoVAZ and Volkswagen. Sollers JSC, formerly known as Severstal-Auto, owns the Ulyanovsk-based UAZ brand famed for producing the UAZ 469 jeep, as well as the UAZ 452 minibus. In recent years UAZ has been building a series of new vehicles including the UAZ Patriot SUV, a Pickup variant, and the Hunter classic. The company also participates in a number of joint venture projects with international automotive makers, including Ford, Mazda, Isuzu, Ssangyong and Toyota.

Only 5 percent of the total manufactured vehicles are set to become the transport for top officials, with modified variants also expected to be widely released for purchase by the public.